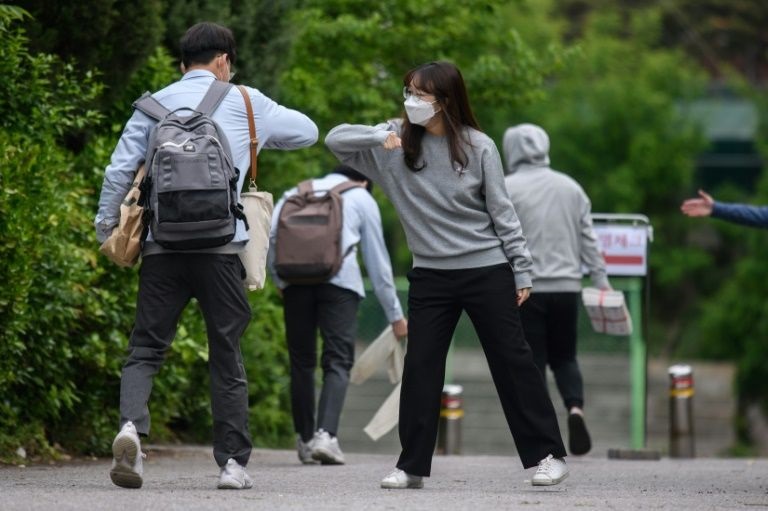 South Korea reported 38 new coronavirus cases, most of them in the Seoul region, where authorities are trying to stem transmissions among e-commerce workers, door-to-door sellers and people who went out amid loosened social distancing.

He also called for education officials to double-check prevention measures.

Schools were fully back in session Monday with the last grades returning to classes in the final phase of the reopening.

Out of the four confirmed imported coronavirus cases reported on Sunday, three are from Sichuan Province and one from Shanghai, the National Health Commission (NHC) said.

Two new asymptomatic cases from overseas were also reported on Sunday, it said.

NHC said that 201 asymptomatic cases, including 44 from overseas, were still under medical observation.

As of Sunday, the overall confirmed cases on the mainland had reached 83,040, including 65 patients who were still being treated, with no one in severe condition.

Altogether 78,341 patients have been discharged after recovery and 4,634 people have died of the disease, the NHC said. — Agencies