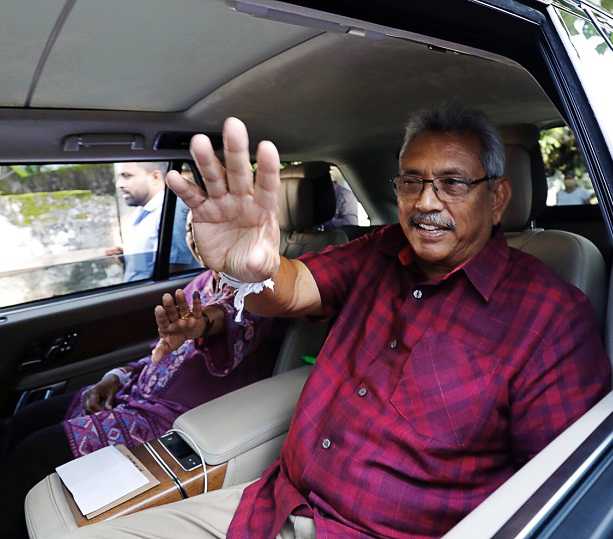 Sri Lanka’s election commission on Monday dropped its plan to hold advance voting for persons under quarantine due to the coronavirus after questions were raised on its decision to operate mobile polling stations.

National Elections Commission Chairman Mahinda Deshapriya on Sunday set July 31 as the date for advance voting for persons under quarantine.

Over 16 million voters are registered to vote on August 5 to elect a 225-member parliament for a 5-year term.

Speaking to reporters on Monday, Deshapriya said the plan was dropped following complaints made by multiple factions. He said as there is no legislation with respect to advanced voting in Sri Lanka, concerns were raised.

According to the election law, voters must cast their votes at official polling booths.

The arrangement now would be to extend the polling duration to facilitate voting for the persons under quarantine, officials said.

Even the voters on home quarantine must obtain prior approval from the Ministry of Health to cast their ballots at their respective polling booths, election officials said.

The pandemic which forced the postponement of the polls date twice has also resulted in a change to the votes counting.

The counting would take place only on the following morning – a departure from the practice of counting them from 8 pm on the election night.

The decision was taken to comply with the health guidelines to maintain social distancing and employ other COVID-19 preventive measures.

The health guidelines had also placed restrictions on campaigning for the election.

President Gotabaya Rajapaksa on March 2 dissolved the Parliament, six months ahead of schedule, and called for snap polls on April 25.

However, the election commission in mid-April postponed the elections by nearly two months to June 20 due to the coronavirus outbreak in the island nation.

The commission last month informed the apex court that the polls cannot be held on June 20 because of the coronavirus pandemic and the new date was decided following a unanimous decision reached between the members of the commission.