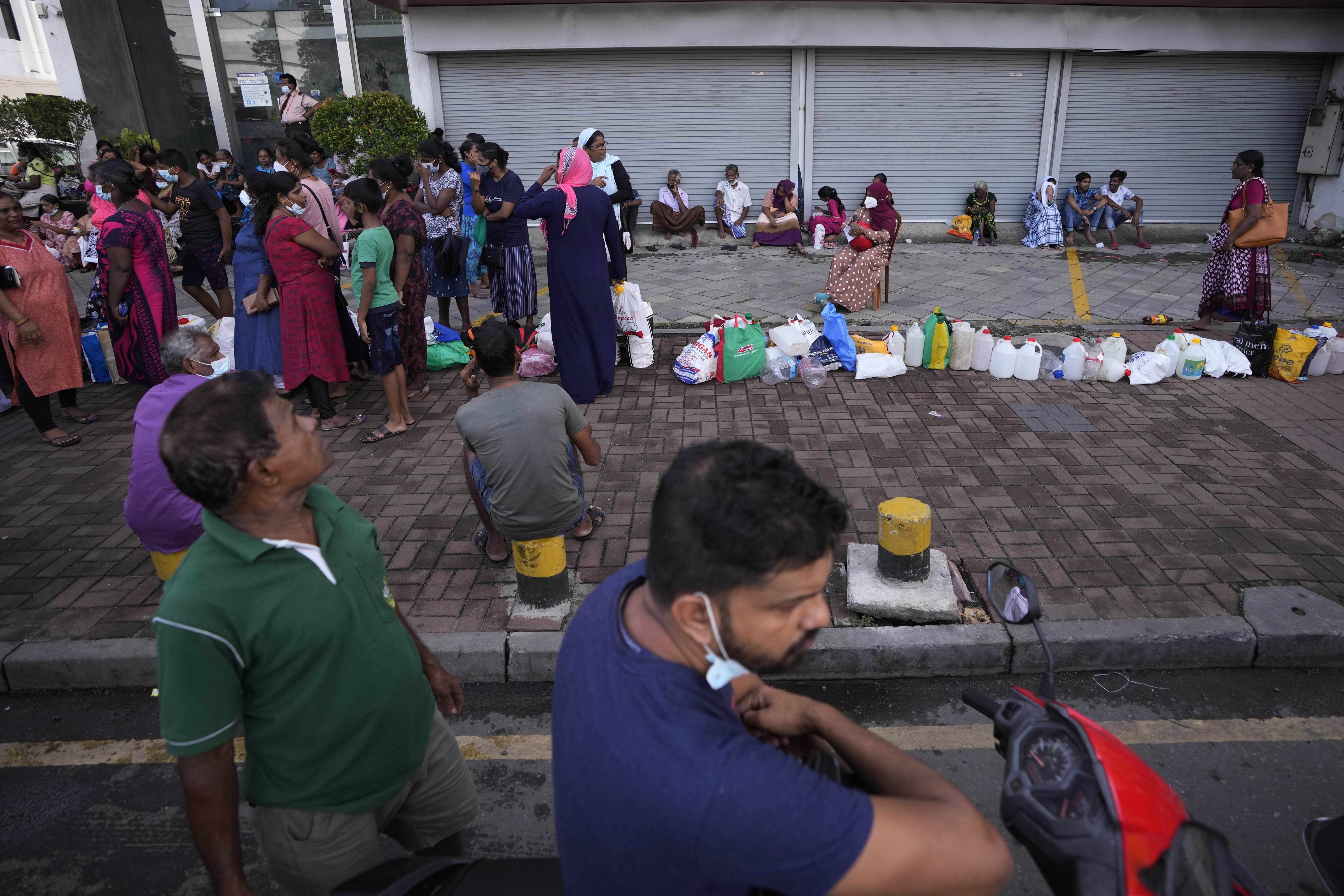 Sri Lankans stand in queues to buy fuel in Colombo, Sri Lanka on May 26, 2022. Reuters

Sri Lanka's only refinery, which was shut down more than two months ago, commenced operations on Friday and has begun receiving Russian crude, as the crisis-hit island nation tried to overcome its worst economic crisis since independence.

The more than five-decade-old Iran-built Sapugaskanda oil refinery, which boasts of 50,000 barrel-per-day capacity, was temporarily shut down on March 20 following the non-availability of crude oil supplies due to the ongoing foreign exchange crisis that has crippled the country.

Sri Lanka became the latest Asian country to accept Russian crude after Moscow's invasion of Ukraine on February 24 prompted a slew of crippling sanctions on Moscow.

“The Sapugaskanda oil refinery will resume its operations for the first time since March 20 with a crude oil cargo being unloaded from tomorrow,” the Minister of Power and Energy Kanchana Wijesekara said in a tweet on Thursday.

Nissos Delos, a Russian tanker carrying 89,000 metric tonnes of crude, which was ordered for emergency purchases on April 25th, has reached Colombo and is ready for unloading, news portal Lanka First reported.

Refinery workers said the shipment would allow them to produce 1,000 MT of kerosene daily for the next two weeks, the report said.

Sri Lanka is going through the worst economic crisis since independence in 1948.

A crippling shortage of foreign reserves has led to long queues for fuel, cooking gas, and other essentials while power cuts and soaring food prices heaped misery on the people.

The economic crisis has also triggered a political crisis in Sri Lanka with a demand for the resignation of the powerful Rajapaksas.