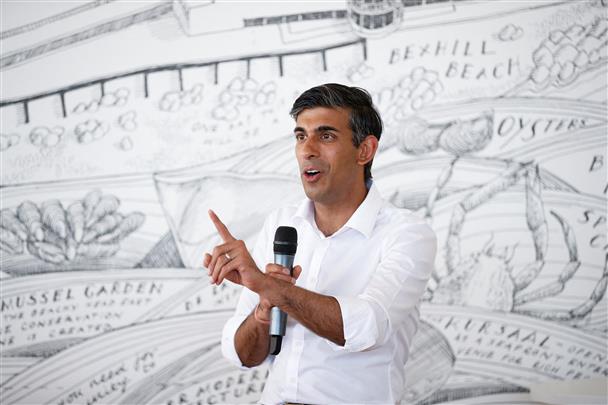 I’m going to fight incredibly hard until the last day of this campaign for each and every vote. The stakes are really high. — Rishi Sunak, Ex-chancellor

The "Battle for Number 10" on Sky News on Thursday night brought the finalists face to face with Conservative members who are entitled to vote in the election but are mostly undecided on their choice. After the two contenders put forward their arguments for why they should replace Boris Johnson, the audience members were asked who they thought had won the argument and they picked Sunak in a show of hands.

It will come as a boost for the British Indian ex-minister who has been trailing Truss in most recent opinion polls, with the last survey putting her around 32 percentage points ahead of Sunak among Tory members. He was asked by an audience member and potential voter if he planned to step aside in the race at any point, given the polling figures.

"The quick answer is no, and that's because I'm fighting for something I really believe in and I'm taking my ideas around the country," Sunak replied.

"I'm going to fight incredibly hard until the last day of this campaign for each and every one of your votes. The stakes are really high," he declared. He focussed his message on the need to get a grip on soaring inflation before cutting taxes.