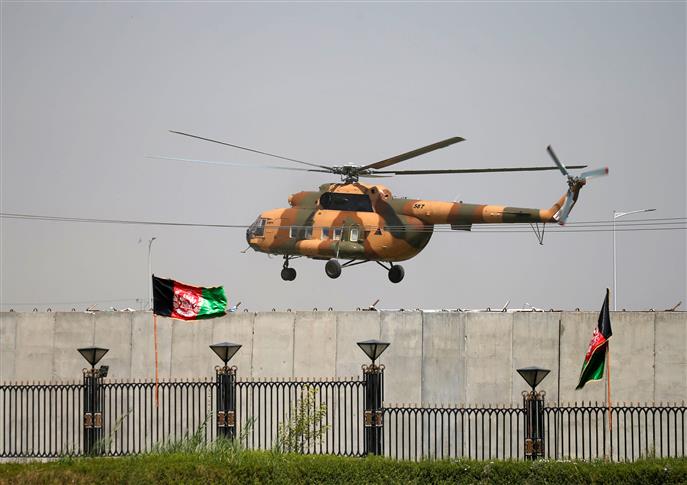 A Taliban commander allegedly flew his newlywed bride from Logar to Khost province in eastern Afghanistan, using a military helicopter, according to local sources.

The Taliban figure was referred to as a commander of the Haqqani branch on social media and sources claimed that he resided in Khost and that his wife's residence was in Barki Barak district of Logar, reported Khaama Press.

A Taliban commander allegedly flew his newlywed bride from Logar to Khost province, in eastern Afghanistan, using a military helicopter, according to local sources in Logar.
Find out more at:https://t.co/ShCN405WKX

Sources claimed that the incident occurred in Shah Mazar region.

The wife of the Taliban commander was seen being transported in a military helicopter that landed near a house in a video that went viral on social media, Khaama Press reported.

It is claimed that the commander gave his father-in-law 12 lakh Afghanis as dowry in exchange for his daughter's hand in marriage.

However, in response, the Taliban's deputy spokesperson Qari Yusuf Ahmadi argued that the allegations were baseless, calling it a "propaganda of the enemy", and that the Islamic Emirate dismissed it.

The video that was circulated on social media incited outrage among the public, who criticised the action as a misuse of public property and pointed out that it was in conflict with the Taliban supreme leader's remarks made in the Loya Jirga. IANS