On the run, Opposition leader alleges rigging in presidential poll 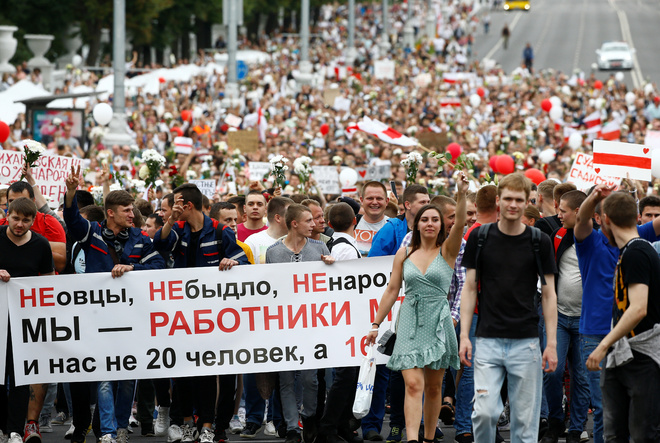 People take part in a demonstration against the presidential poll results in Minsk, Belarus. REUTERS

Belarusian authorities have released about 1,000 people detained amid demonstrations contesting the results of the presidential election, in an attempt to assuage public anger against a brutal crackdown on peaceful protests.

Around midnight, scores of detainees were seen walking out of one of Minsk's jails. “I take responsibility for what they say was violence against those people, who happened to be nearby and failed to back off quickly enough,” Interior Minister Yuri Karayev said.

The move comes on the day that EU foreign ministers are due to meet to discuss possible sanctions against Belarus. Opposition leader Sviatlana Tsikhanouskaya, who has been given refuge in Lithuania, posted a video statement contesting the results of the vote and demanding that the government start a dialogue with protesters. — AP