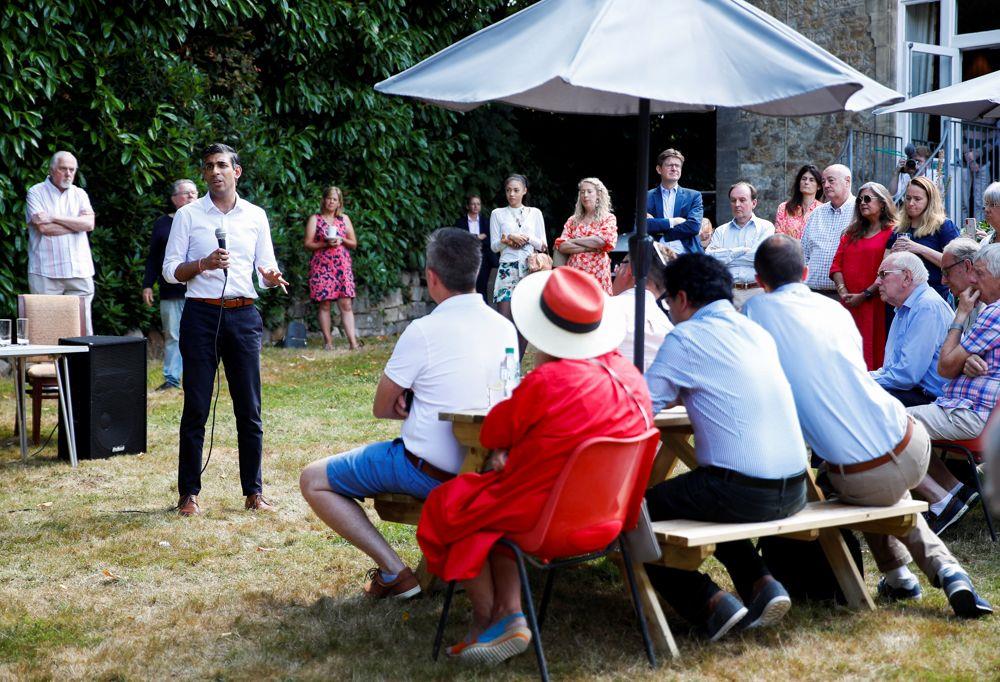 Rishi Sunak and Liz Truss, the two finalists in the race to succeed Boris Johnson as the Conservative Party leader and British Prime Minister, were grilled on their policies in the first hustings directly addressing Tory party members who will be voting in the election. While the economy and cost-of-living crises were the focal point as in earlier television debates, there were wider questions at the hustings in Leeds in Yorkshire, northern England, on Thursday night from the membership reflecting their loyalty to Johnson. In a dramatic moment, a Tory member questioned Sunak’s decision to quit as Chancellor earlier this month and accused the former minister of backstabbing his former boss.

“You’re a good salesman and you have many strong attributes, but many people continue to support Johnson who has delivered consistently through treacherous waters,” one Tory audience member from West Yorkshire said to Sunak.

“Many people unfortunately see that you’ve stabbed him in the back. He is the man who made you a senior politician. And some people don’t want to see that in No. 10,” he said. Sunak responded by saying he was left with no choice after it had become clear that there was “a significant difference of opinion” between the pair on the economic direction of the country.

“There is no way that the PM and Chancellor cannot be joined at the hip with regard to economic policy, particularly at a time when the economy faces real challenges. So, I was left with no choice,” he said. Sunak, who is trailing behind Foreign Secretary Truss in polling of Conservative Party members, pitched himself as the underdog who “hasn’t taken the easy road” with his plans to hold off on large tax cuts.

In his opening speech, he warned it was not responsible to “mortgage our children and grandchildren’s future to make our lives easier now” – in a veiled dig at his rival’s plans to cut taxes immediately if she becomes the PM.