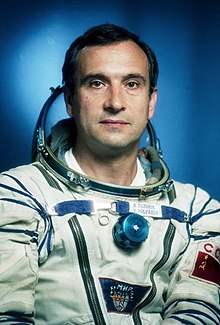 Valery Polyakov, the Soviet cosmonaut who set the record for the longest single stay in space, died at the age of 80.

dubai: The United Arab Emirates will launch its first lunar rover in November. The “Rashid” rover, named for Dubai's ruling family, would be launched from the Kennedy Space Centre in Florida. The rover is to be launched aboard a Falcon 9 SpaceX rocket and deposited on the moon by a Japanese ispace lander sometime in March. ap

Moscow: Valery Polyakov, the Soviet cosmonaut who set the record for the longest single stay in space, died at the age of 80. Polyakov's record of 437 days in space began on January 8, 1994. While aboard the Soviet space station Mir, he orbited the Earth more than 7,000 times, before returning on March 22, 1995. ap