UK exports apple to India for 1st time in 50 years : The Tribune India

UK exports apple to India for 1st time in 50 years 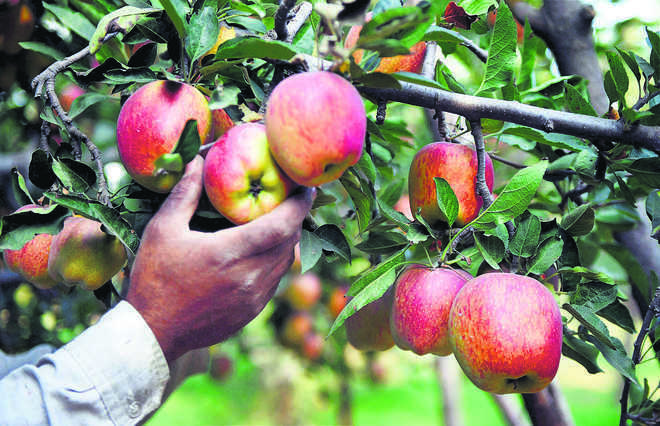 UK International Trade Secretary Liz Truss has hailed the export of apples from England to India, for the first time in 50 years, as a sign of the UK-India Enhanced Trade Partnership in action. Photo for representation only

London: UK International Trade Secretary Liz Truss has hailed the export of apples from England to India, for the first time in 50 years, as a sign of the UK-India Enhanced Trade Partnership in action. Truss took to Twitter to point out that the export of apples from a farm in south-east England marks a first for the UK-India trade relationship in 50 years, in her response to a tweet by UK Trade Minister Ranil Jayawardena sharing details of his visit to the AC Goatham and Son apple farm in Kent. Pti

Dilip Kumar was an institution, says his Senator nephew

Peshawar: Legendary Indian thespian Dilip Kumar was not just an actor, but an institution and people like him are born once in a century, Pakistan’s Senator and 98-year-old Bollywood icon’s nephew Mohsin Aziz said on Monday. “He was a thorough gentleman and down-to-earth person who won hearts of millions of people through his hard work,” the Tehreek-e-Insaf leader said at the meet organised at his house here. pti

Havana: Thousands of Cubans marched on Havana’s Malecon promenade and elsewhere on the island on Sunday to protest food shortage and high prices amid the Covid crisis. Many young people took part in the afternoon protest in the capital, which disrupted the traffic until the police moved in after several hours and broke up the march when a few protesters threw rocks. ap