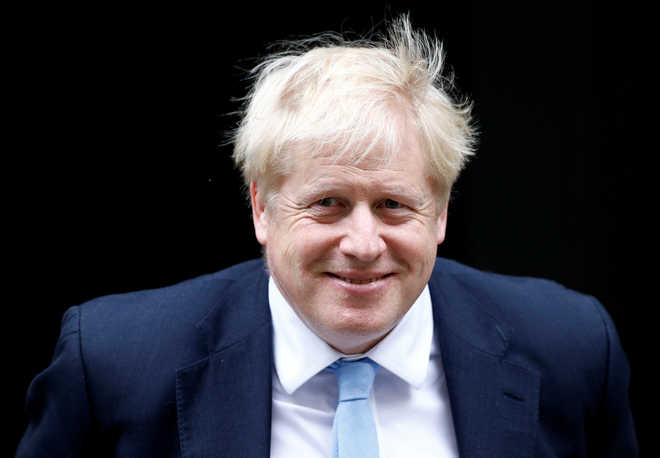 British Prime Minister Boris Johnson is expected to receive an edited version of the Cabinet Office inquiry report into the so-called partygate scandal of alleged Covid lockdown breached within government offices, it emerged on Saturday.

The timeframe for top civil servant Sue Gray handing in her findings to Downing Street before it can be made public continues to remain mired in uncertainty after Scotland Yard sought “minimal reference” to the events that are now under the remit of a police inquiry.

Amid an outcry from Opposition ranks over the extended delay, the Met Police issued a statement on Friday to clarify that it was not responsible for delaying the report.

“In order to protect the integrity of the police investigation, as is appropriate in any case, and to be as fair as possible to those who are subject to it, the Met has asked for minimal reference to be made in the Cabinet Office report to the relevant events,” said Commander Catherine Roper, from the Met Police’s Central Specialist Crime Command, which is leading the investigation.

“This will only be necessary until these matters are concluded, and is to give detectives the most reliable picture of what happened at these events. We intend to complete our investigations promptly, fairly and proportionately. We have not delayed this report and the timing of its release is a matter for the Cabinet Office inquiry team,” she said.

She also confirmed receiving material on Friday that her officers had sought from the Cabinet Office to support its investigation into potential breaches of Covid-19 regulations at a number of events in Downing Street and Whitehall, announced earlier this week.

The Met Police confirmed that the offences under investigation, where proven, would normally result in the issuing of a fixed penalty notice or fines estimated at around 100-pound for breach of Covid regulations. People involved will be contacted in writing and invited to explain their actions, including whether they feel they had a “reasonable excuse” for breaching the rules.

Meanwhile, it is expected that the Cabinet Office report is likely to be made public only by next week when MPs return to the House of Commons. The final version is expected to be redacted to ensure it complies with the Met Police’s request of not prejudicing their investigation.

Opposition Labour Party Leader, Sir Keir Starmer, said he wanted the report “in full and the investigation finished as quickly as possible”.

“Any issues of prejudice have got to be worked through but this whole mess, this whole paralysing of politics, is being caused by the Prime Minister and his wrongdoing,” he said.

Johnson has been connected with at least two so-called parties – a garden party on May 20, 2020, and a birthday cake get together for his 56th birthday on June 19 the following month.

The coronavirus lockdown rules in force at the time imposed a strict ban on social gatherings with anyone outside your own household. Johnson has since apologised in the House of Commons and said he believed these were work events.

The scandal has posed a serious threat to his leadership, with many of Johnson’s Conservative Party MPs said to be eagerly waiting for the findings of the Sue Gray report to decide on whether to make a final push for a no-confidence vote against him as party leader and PM.