UK's biggest aircraft carrier HMS Prince of Wales breaks down on way to US : The Tribune India

The warship was said to be experiencing an ‘emerging mechanical issue’ 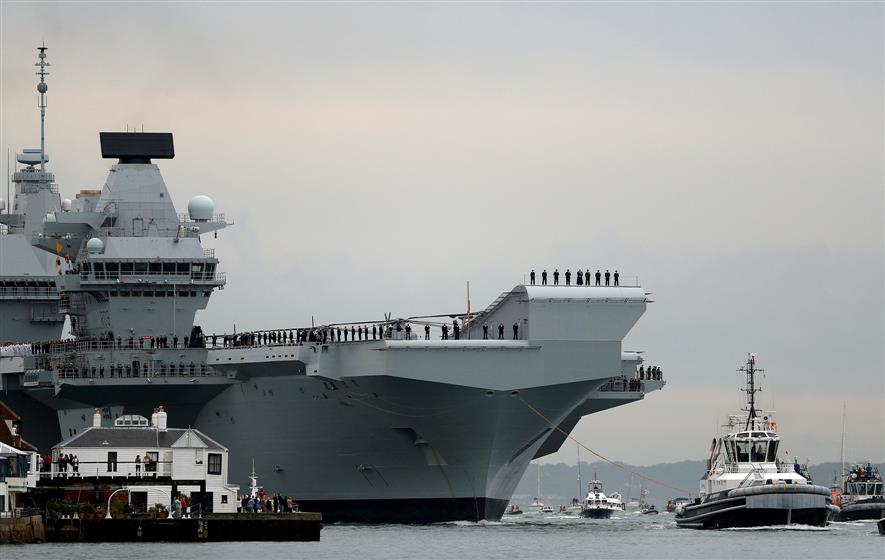 The UK's biggest aircraft carrier, HMS Prince of Wales, has broken down off the south coast of England after setting sail from Portsmouth Naval Base for the US on what the Royal Navy has described as a “landmark” aviation trial mission.

The warship was said to be experiencing an "emerging mechanical issue" and the problem is being investigated. The GBP 3 billion carrier, which became fully operational last year, is reportedly anchored southeast of the Isle of Wight while the investigation is carried out.

The problem was first reported by ‘UK Defence Journal', an online news site focused on defence issues, which cited unconfirmed reports about damage to the starboard propeller shaft.

On Saturday, the Royal Navy announced the warship's departure for the US to “shape the future of stealth jet and drone operations” off the coast of North America and in the Caribbean.

“Taking the HMS Prince of Wales task group across the Atlantic for the rest of this year will not only push the boundaries of UK carrier operation, but will reinforce our close working relationship with our closest ally,” said Commanding Officer, Captain Richard Hewitt.

The 65,000-tonne warship was to deploy initially alongside frigate HMS Richmond, tanker RFA Tideforce and an air group of helicopters and drones, before F-35B stealth fighters join the deployment once the ship arrives in North America for the Westlant 22 deployment.

According to the Royal Navy, HMS Prince of Wales was to remain at high-readiness throughout its mission to America in her role as North Atlantic Organisation's command ship, which sees her head up the naval element of the alliance's response force that is capable of being deployed quickly anywhere in the world to react to crises.

The deployment is said to build on the close collaboration between the US Navy, Marine Corps and Royal Navy, from previous Westlant deployments to American participation throughout last year's maiden deployment of the HMS Queen Elizabeth carrier strike group, which also toured India last year.