New Delhi disappointed as negotiations rolled over into next session 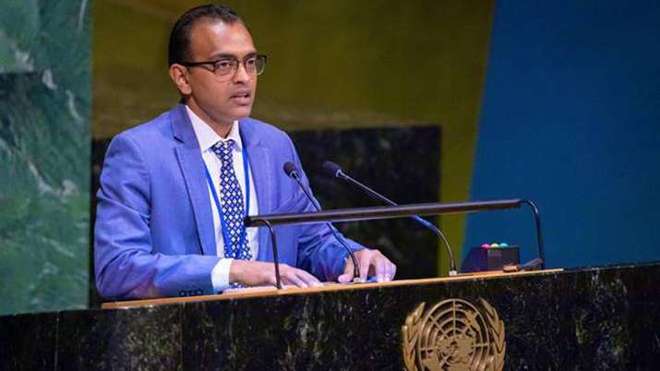 The intergovernmental negotiations on Security Council reform are being “held hostage” and used as a “convenient smokescreen” by countries that do not wish to see any changes in the most powerful UN organ, India has said, demanding tangible action to achieve the long-delayed reforms. India also underlined that it will take steps to see how the goal can be realised in the next session of the UN General Assembly.

India’s Deputy Permanent Representative to the UN, Ambassador K Nagaraj Naidu, on Monday wrote a letter to President of the 74th Session of the General Assembly, Tijjani Muhammad-Bande, expressing New Delhi’s strong disappointment over the decision regarding roll-over of the intergovernmental negotiations (IGN) on UNSC reforms into the next session of the General Assembly that begins this month.

India has maintained that the roll-over decision must “capture clearly” the tangible progress made in the two IGN meetings held earlier this year. India underscored that one of the areas in which clear progress was made during the year was the increasing support among member states for the Common African Position as well as for the urgent need for transparency and application of the General Assembly’s rules of procedure to the IGN.

Naidu expressed India’s disappointment that the current draft roll-over text “has fallen well short of capturing the progress” in the two IGN meetings held this year, particularly in the areas of the growing support for the Common African Position and other important issues.

"However, strangely enough, instead of reflecting the views of 'pro-Reformists' like India and others, by putting a draft roll-over decision in this fashion, it is actually providing the 'pro-Reformists' with a Hobson's choice. This is indeed unfortunate," he said.

"In effect, after more than a decade, there has been no tangible progress at all. In fact, the IGN process has become a convenient smokescreen to hide behind for those who do not wish to see any reform in the Security Council," Naidu wrote.

"Consequently, there is a need to ensure that the IGN process is not held hostage, procedurally and substantially, by those who do not wish to bring about reform in the Security Council. If this happens, and there are indications that this is already happening, those who demand reform will be forced to look for other ways to achieve the same end outside the IGN process," he said in the letter. — PTI