US has biolabs with plague, anthrax in Ukraine: Russia : The Tribune India

US has biolabs with plague, anthrax in Ukraine: Russia 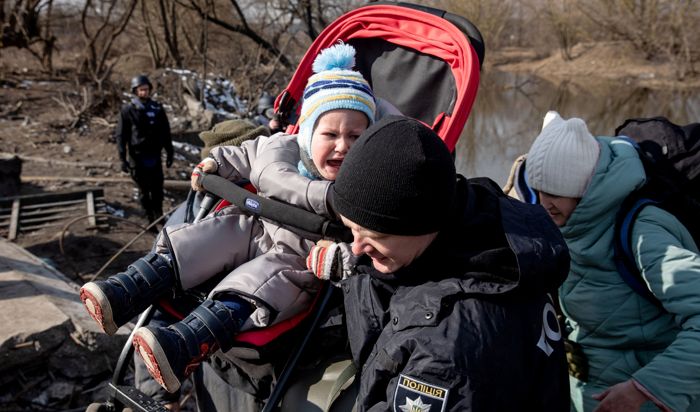 A baby being evacuated from Kyiv on Wednesday. Reuters

Russia said on Wednesday that the United States must explain what Moscow claims was a military biological programme in Ukraine — an allegation Washington has already dismissed as “absurd” misinformation. Russian Foreign Ministry spokeswoman Maria Zakharova said evidence of the alleged programme had been uncovered by Russia during what it calls its military operation in Ukraine. It involved deadly pathogens, including plague and anthrax, she said. A Ukrainian presidential spokesperson said: “Ukraine strictly denies any such allegation.” In response to earlier Russian allegations about the purported military biological programme in Ukraine, a Pentagon spokesman said on Tuesday: “This absurd Russian misinformation is patently false.” Reuters