US, India to continue coordination on Afghanistan 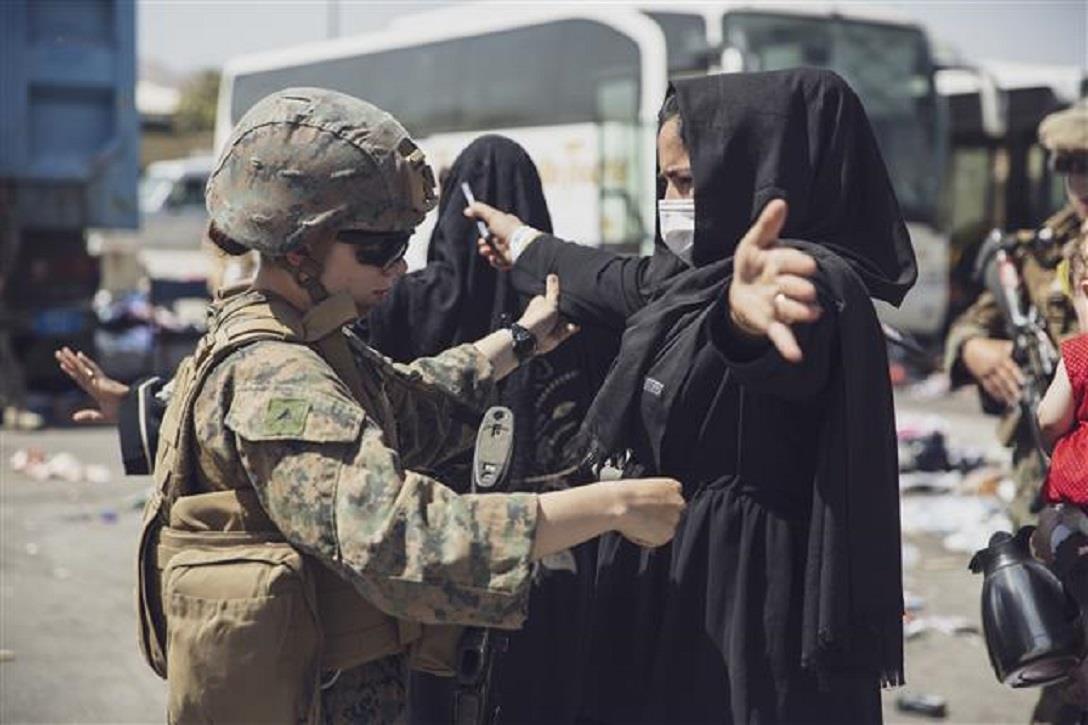 A US Marine checks a woman as she goes through the Evacuation Control Center during an evacuation at Hamid Karzai International Airport, Kabul, on August 28, 2021. Reuters

External Affairs Minister S. Jaishankar spoke on Sunday with US Secretary of State Antony Blinken to discuss continued coordination on Afghanistan and in the UN.

The news was noticed in Kabul as Blinken and Jaishankar agreed to remain closely coordinated on “shared goals and priorities” to deepen the US-India partnership.

While CIA chief William Burns met top Taliban leader Mullah Baradar in Kabul earlier this week, India is yet to publicly meet the new leadership in Afghanistan. The MEA holds that there are several entities in Kabul and it is waiting for the picture to clear.

Taliban leader Sher Mohammad Abbas Stanikzai has called for good ties with India but Taliban spokesperson Zabihullah Mujahid has also spoken of India giving the people of Jammu & Kashmir their “right of self-determination”.

“We the people of Afghanistan stand shoulder to shoulder with Kashmiris,” he had said.

In Afghanistan, the Indian establishment opted for discretion over valour and was among the first among the major powers to completely evacuate its embassy. According to reports, the Taliban had contacted Indian diplomats, guaranteeing them safety if they stayed behind in Kabul. India had already shuttered its four consulates in Afghanistan much earlier. The takeover of Kabul’s security by fighters from the Haqqani network, said to be a “veritable arm of the ISI” is another cause for apprehension.

But with memories of the 2008 attack on the Indian Embassy weighing heavily, India had turned down the offer. A suicide bomber had launched a complex attack on the Indian embassy gates killing 58 people, including Defence Attache Brig R D Mehta and diplomat Venkateswara Rao.

As is the case with all attacks on Indian interests, Islamabad began suggesting that at worst, rogue ISI agents could be involved. But journalist Carlotta Gall later wrote in a book that “the bombing was no operation by rogue ISI agents. It was sanctioned and monitored by the most senior officials in Pakistani intelligence”. Washington had then rushed CIA deputy director Stephen Kappes to Islamabad to confront the ISI with the evidence.