US President Biden condemns attack on author Salman Rushdie, hails him for refusing to be intimidated : The Tribune India

US President Biden condemns attack on author Salman Rushdie, hails him for refusing to be intimidated

Rushdie was stabbed by a 24-year-old New Jersey resident, identified as Hadi Matar, a US national of Lebanese origin 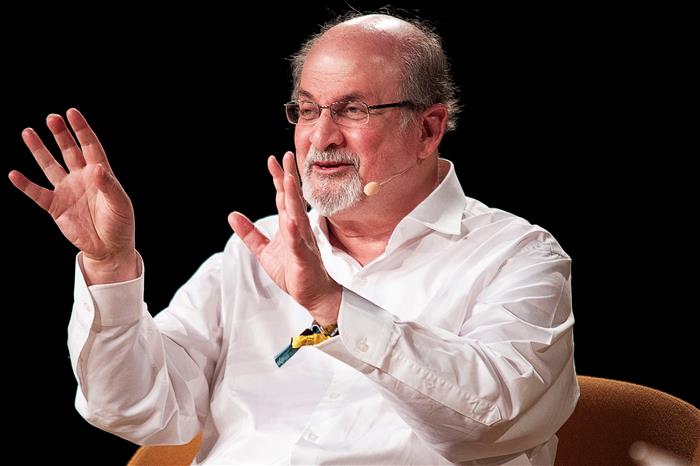 US President Joe Biden has expressed shock and sadness over the vicious attack on Salman Rushdie and praised the Mumbai-born author for refusing to be “intimidated or silenced” and standing for essential and universal ideals of truth, courage and resilience.

Rushdie, who faced Islamist death threats for years after writing “The Satanic Verses”, was stabbed by a 24-year-old New Jersey resident identified as Hadi Matar, a US national of Lebanese origin, on stage on Friday while he was being introduced at a literary event of the Chautauqua Institution in Western New York.

“Jill (the first lady) and I were shocked and saddened to learn of the vicious attack on Salman Rushdie yesterday in New York. We, together with all Americans and people around the world, are praying for his health and recovery,” Biden said in a statement.

The US President said he was grateful to the first responders and the brave individuals who jumped into action to render aid to Rushdie and subdue the attacker.

“Salman Rushdie—with his insight into humanity, with his unmatched sense for story, with his refusal to be intimidated or silenced—stands for essential, universal ideals. Truth. Courage. Resilience. The ability to share ideas without fear,” Biden said.

“These are the building blocks of any free and open society. And today, we reaffirm our commitment to those deeply American values in solidarity with Rushdie and all those who stand for freedom of expression,” the US President said.

Rushdie, 75, was to speak about how important it was for the US to give asylum to exiled writers when he was stabbed.

A helicopter crew flew Rushdie to a hospital in nearby Erie, Pennsylvania. He remained hospitalised on Sunday.

New York officials have charged Matar with attempted murder as well as assault on a man who was sharing the stage with Rushdie and suffered a relatively small facial wound during the stabbing. Matar has pleaded not guilty and is being held without bail.

“This act of violence is appalling. All of us in the Biden-Harris Administration are praying for his speedy recovery,” Sullivan said.

“We are thankful to good citizens and first responders for helping Mr Rushdie so quickly after the attack and to law enforcement for its swift and effective work, which is ongoing,” he added.

The attack on Rushdie sent shockwaves across the literary world, which condemned the incident as an attack on freedom of expression.