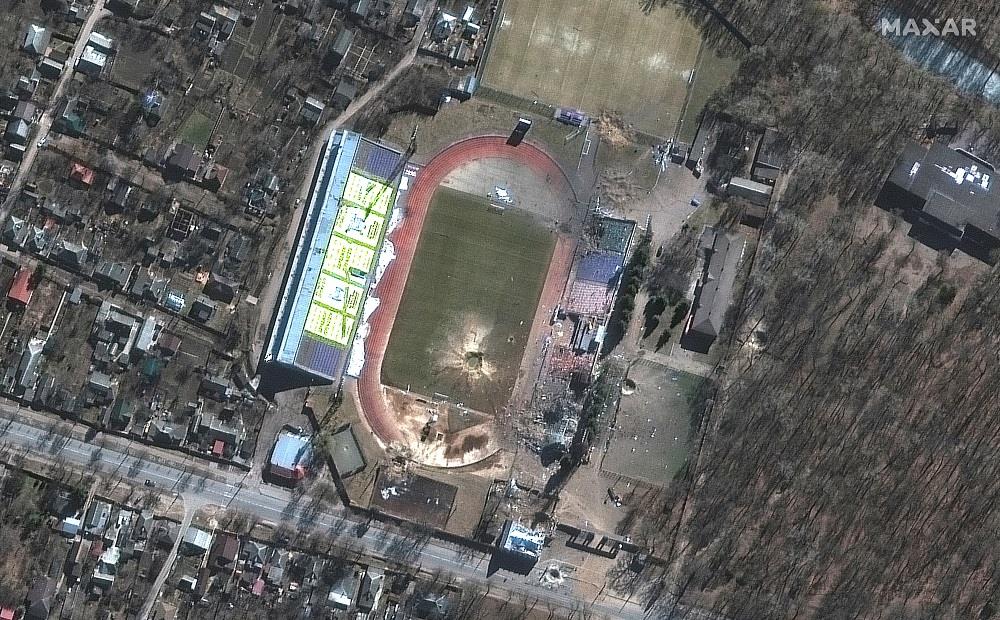 A satellite image of the destruction in Ukraine. Reuters

The United States on Wednesday welcomed an International Court of Justice order that asked Russia to immediately suspend its military operations in Ukraine.

Describing it as a significant ruling, State Department Spokesperson Ned Price said that the ICJ "clearly and unequivocally" ordered Russia to immediately suspend its military operations.

"The Russian Federation shall immediately suspend military operations that it commenced on 24 February on the territory of Ukraine," presiding judge Joan Donoghue told the International Court of Justice, pending the final decision in the case.

The court order was supported by 13 judges while two voted against it. This includes Vice-President Kirill Gevorgian from Russia and Judge Xue Hanqin from China.

"We welcome the court order and call on the Russian Federation to comply with the order, immediately cease its military operations in Ukraine, and to establish unhindered humanitarian access in Ukraine," Price said.

In its ruling, the court - which plays a vital role in peaceful settlement of disputes under the UN Charter - stressed the need for States to act in conformity with their obligations under international law, including the laws of war, Price said.