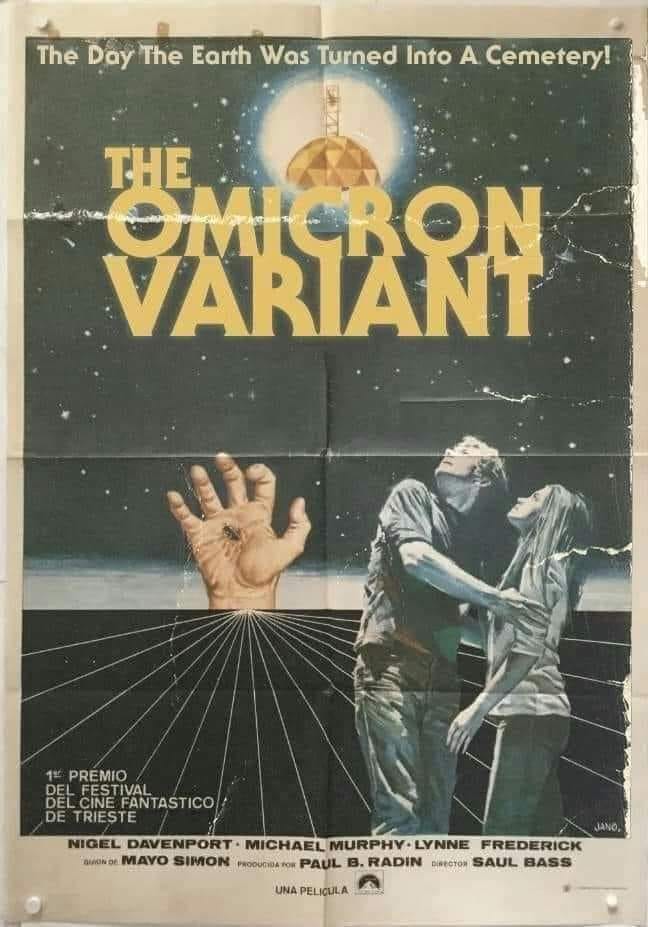 A photoshopped vintage poster advertising a non-existent film called 'The Omicron Variant' has been going viral online, amid the discovery of the new highly-mutated Covid-19 variant named Omicron.

The poster takes on a sci-fi and horror theme, with a picture of two people in the foreground staring into a starry sky, while an ant protruding from a bloodied hand sits at the back.

Above is the film’s tag line: “The Day The Earth Was Turned Into A Cemetery!” and its alleged name: “The Omicron Variant”.

In the comments beneath one post shared dozens of times, a Facebook user said: “This is so chilling and terrifying! Somehow it hit home at a different level”.

While there was a 1963 sci-fi movie called ‘Omicron’, there is not a film called ‘The Omicron Variant’ – and the poster shared on social media has been edited.

The original poster is for a 1974 film called Phase IV.  With inputs from Reuters