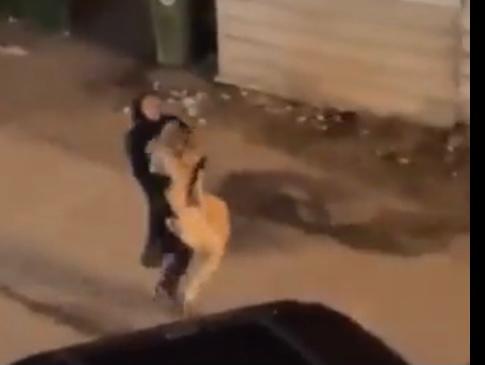 In Kuwait, a video of a woman carrying a lion in her arms on the streets has gone viral.  In the video, the woman, who is said to be the lion's owner, was seen carrying the big cat in her arms.

The lion was filmed trying to break free and growling as it was carried down the road. The pet lion sparked panic in Kuwait city after escaping from its enclosure and entering a residential area, according to the Middle East Monitor.

Local authorities in the Sabahiya area received several reports of the big cat on the loose.

Watch the video below:

hate when this happens pic.twitter.com/laYa0FtSsI

The video has racked up over 4.6 lakh views on Twitter, along with hundreds of shocked comments.

Police said that the lion belonged to the woman and her father, reports news website UPI. Officers helped in capturing the lion, after which it was returned to its owners.