WHO: 200 monkeypox cases in 20 countries : The Tribune India

WHO: 200 monkeypox cases in 20 countries 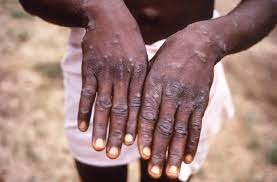 London: The World Health Organisation (WHO) says nearly 200 cases of monkeypox have been reported in more than 20 countries not usually known to have outbreaks of the unusual disease, but described the epidemic as "containable". AP

US panel for translating sites in Hindi, Punjabi

Washington: A US Presidential Commission has recommended the translation of key government websites, such as the White House and other federal agencies, in languages spoken by Asian-Americans and Pacific Islanders, including Hindi, Gujarati and Punjabi.