Zelenskyy appeals to NATO for more weapons : The Tribune India 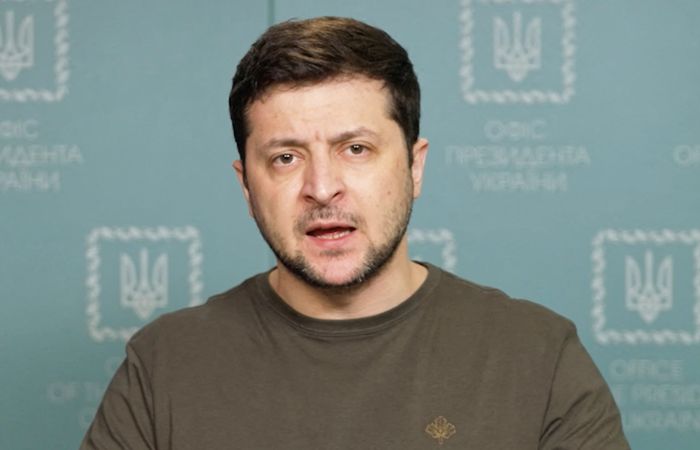 Ukraine’s president has pleaded with NATO to provide his embattled nation with military assistance.

In a video address to the NATO summit Thursday, Volodymyr Zelenskyy said Ukraine needs “military assistance without limitations”, as Russia is “using its entire arsenal” against the country.

Zelenskyy urged NATO to provide Ukraine with “1% of all your planes, 1% of all your tanks”. “We can’t just buy those,” Zelenskyy said. “When we will have all this, it will give us, just like you, 100% security.”    Ukraine is also in dire need of multiple launch rocket systems, anti-ship weapons and air defense systems, Zelenskyy said. “Is it possible to survive in such a war without this?,” he asked.

Zelenskyy said Russia used phosphorous bombs on Thursday morning, killing both adults and children. He reminded NATO leaders that thousands of Ukrainians have died in the past month, 10 million people have left their homes, and urged NATO to give “clear answers”.

“It feels like we’re in a gray area, between the West and Russia, defending our common values,” Zelenskyy said emotionally. “This is the scariest thing during a war—not to have clear answers to requests for help.”          Zelenskyy did not reiterate his request for a no-fly zone or ask to join NATO, according to a senior Biden administration official.

Germany says it has sent about 10,000 metric tons of essential aid to Ukraine using a recently created “rail bridge” of trains shuttling back and forth between the two countries.

Transport minister Volker Wissing told the Funke media group in an interview published Thursday that the rail link was established two weeks ago to bring much-needed food, drink and hygiene products from Germany to Ukraine.

Speaking at a Berlin cargo terminal Thursday, Wissing said many of the goods being sent to Ukraine by train had been donated.

“We hope this war is over soon and will do everything to ease the suffering,” he said.

The Czech Republic’s Parliament has approved a plan to deploy up to 650 Czech service members to Slovakia as part of an multinational NATO force set up in response to Russia’s invasion of Ukraine.

The United States, Germany, the Netherlands, Poland and Slovenia will also contribute troops to the unit, expected to include up to 2,100 soldiers.

The plan is part of the NATO initiative to reassure member countries on the alliance’s eastern flank.

The alliance stationed troops in the Baltic countries - Estonia, Latvia and Lithuania - and Poland after the 2014 annexation of Ukraine’s Crimean Peninsula by Russia. After Russia attacked Ukraine, NATO decided to boost its presence along the entire eastern flank by deploying forces in Bulgaria, Romania, Hungary and Slovakia. AP