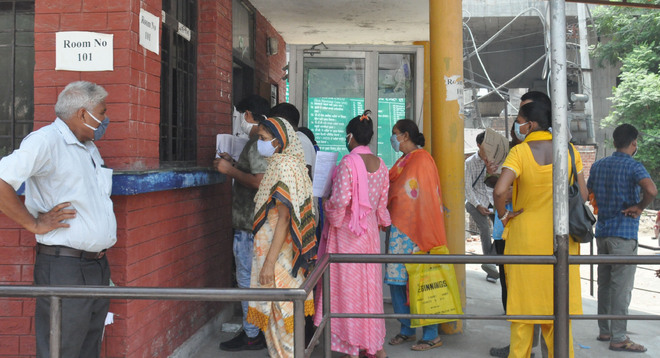 People wait for their Covid test report at the Civil Hospital in Amritsar.

The district reported four deaths due to the Covid-19 disease and 71 fresh infections on Friday. The health authorities stated that the death toll had increased to 78 and the total number of cases climbed to 1,859. The district had 460 active cases.

Contacts of positive cases were traced from the office of Commissioner of Police, certain police stations and BSF (Khasa).

Two ILI case each was reported from New Gurnam Nagar, Chheharta and Jasonda Singh Road, besides three from Nehru Colony.