Can seek disqualification of other rebel MLAs too: AAP

NEW DELHI: Days after the AAP approached the Delhi Assembly Speaker seeking disqualification of its two rebel MLAs, the ruling party in the National Capital on Thursday said it can take similar action against its other rebel legislators. 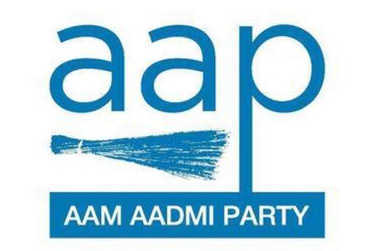 Days after the AAP approached the Delhi Assembly Speaker seeking disqualification of its two rebel MLAs, the ruling party in the National Capital on Thursday said it can take similar action against its other rebel legislators.

The AAP had on June 10 moved a petition in the Delhi Assembly and sought disqualification of its two rebel MLAs—Anil Bajpai from Gandhi Nagar and Devinder Sehrawat from Bijwasan seat—who had been openly critical of the party and had joined the BJP on May 3 and May 6, respectively.

Saurabh Bhardwaj, the spokesperson of the Aam Aadmi Party, said the outfit was expecting the two MLAs to quit “legally and morally”, but since that did not happen, it decided to move the petition against them.

In two separate petitions against Sehrawat and Bajpai submitted to the Speaker, Bhardwaj said despite incurring disqualification, the two legislators are yet to resign from the Assembly, and hence ought to be declared to have been disqualified from being a member.

He said the disqualification has been sought under the Schedule 10 of the Constitution and by joining the BJP, the two MLAs have voluntarily given up the membership of their original party.

Bhardwaj further said, “Action can be taken against other rebel MLAs too.”

Two other MLAs who can be on the party’s radar are Chandni Chowk MLA Alka Lamba and Karawal Nagar legislator Kapil Mishra as both of them have been vocal against the party’s actions and decisions.

Meanwhile, an official said once Bajpai and Sehrawat submit their replies, the Speaker will examine them.

“The Speaker will go by the laid down rules and will announce his decision,” the official said.

While Sehrawat said that he has received a notice from the Speaker, Bajpai said there is no merit in AAP’s petition as the case of office of profit against him is still sub-judice.

“Under the existing laws, they (AAP) have not issued a proper notice. Even on the BJP dais, I had said that I have not taken the party membership... There is a due process before seeking my disqualification and I have not received any notice directly from the AAP,” Sehrawat said.

But Bhardwaj said that if that is the case, then both Bajpai and Sehrawat should openly say that BJP leaders Manoj Tiwari and Vijay Goel are lying and the two MLAs are not associated with the BJP, and still support the AAP.

Last year, the Delhi High Court restored the membership of 20 disqualified AAP MLAs and referred the case back to the Election Commission (EC). The HC had said the disqualification of AAP MLAs was bad in law, and therefore remanded their plea back to the EC which will hear it afresh. PTI