No more partition, we stay as one

READING Khushwant Singh’s renowned Train to Pakistan makes me ruminate over the horrors of the Partition. The writer has consummately stitched his narrative together by blending the two essential human passions of love and hatred, presenting a despondency-ridden spectacle of a failed love story that could not culminate into union due to communal bloodbath. 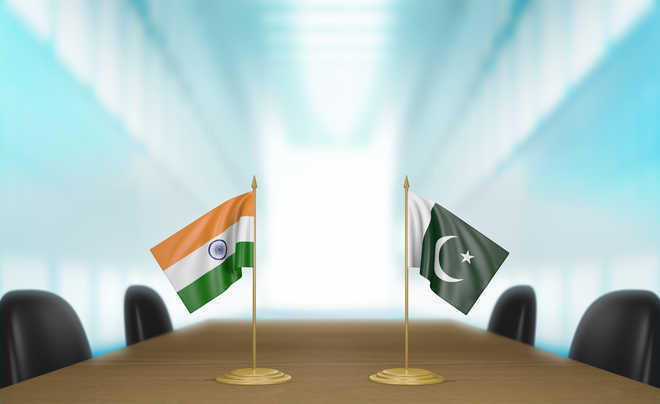 READING Khushwant Singh’s renowned Train to Pakistan makes me ruminate over the horrors of the Partition. The writer has consummately stitched his narrative together by blending the two essential human passions of love and hatred, presenting a despondency-ridden spectacle of a failed love story that could not culminate into union due to communal bloodbath.

Out of my somewhat morbid curiosity, I shared the thematic details of the novel with my grandfather to extract information directly from the horse’s  mouth. My grandfather was 15 at the time of Partition. With roots in the city of Kasoor, which now falls in Pakistan, our family, like many other families, was forced out of their native land. We were overwhelmed by the tale of mass exodus. He relived the gruesome experience of the carnage and I too sailed in the same boat through his poignant description of heart-rending scenes. Political upheavals prior to the doomsday had sent many frightful feelers about the pernicious Partition in the offing. But people were hoping against hope that they would not have to flee the land of their birth. Eventually, all the plunder and massacre did force them out.

Dawn of the new Indian civilisation that Pandit Nehru heralded in his historic speech did not come easy. It left in its wake a bloody saga of umpteen innocent killings. My great-grandfather along with his wife and three children paid a final obeisance to his home and hearth and began to move towards Ferozepur in India. Here, unfolded the ghastly episode of their travails that destroyed their happy home. In an attempt to carry the family gold along, he was hacked to death in front of his family. Leaving his dead remains, the other members fled for their life. Somehow they managed to reach the banks of the Sutlej. My grandfather’s nubile sister next fell prey to the mindless violence of rioters on the rampage. Her fate is not known till today. In a desperate attempt to save his sister, my grandfather was inflicted with a deep knife wound.

Losing their daughter to the merciless mob, the remaining members of the family sprinted with their wounded bodies which they were trying to keep attached with their soul. They were finally ferried to the Indian side of the river. The fare to the boatman was paid by my great-grandmother by parting with her only gold ear-rings left with her.

This is not an isolated tale of only my family. Countless more went through the same vicissitudes of Partition. Though my grandfather’s story concluded on a moist note of more tears in his eyes, but it left my soul bruised. Partition is always painful whether it is of nations or homes. Thus, my father’s recent suggestion of separating our joint family was rejected outright by me. I was not prepared to go through the pangs of partition which my forefathers had to experience.