The whirring music of AN-32s

THE AN-32 crash has evoked massive reaction from service personnel for a variety of reasons. From immense resentment of not equating the loss of crew to the same status as service personnel killed in action to the seemingly tardy search operations. 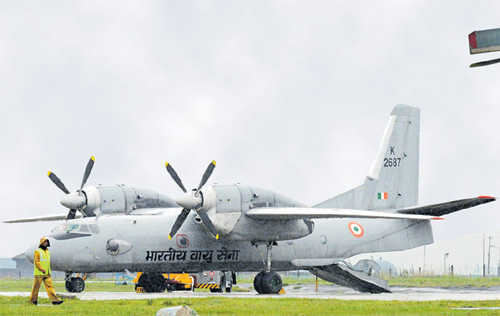 THE AN-32 crash has evoked massive reaction from service personnel for a variety of reasons. From immense resentment of not equating the loss of crew to the same status as service personnel killed in action to the seemingly tardy search operations. Perhaps the ceremonial status and monetary benefits will be the same now that the wreckage has been found and personnel are declared lost or hopefully traced. But the younger generation of serving officers and men are invariably in a hurry to pass judgment on every issue. In this case, however, there is a special connection. All of us who have served in the inhospitable Northeastern border terrain remember the whirring sound of aircraft and ‘heptrs’ (popular short form for helicopters) and the supplies, mail and newspapers that were dropped to the remotest posts — inaccessible even in the fairest of weather. These were the lifeline of marooned soldiers’ connection to the civilised world. The supplies were dropped in treacherous weather conditions prevailing over the difficult terrain.

I am reminded of our days when insurgency had started in Nagaland. The brave Jat battalion that I was commissioned into was moved to Lumami, 30-odd km ahead of Mokokchong. My company was positioned at Ratomi, a 10-hour gruelling march from the battalion HQ. This post was maintained by mules and air-drops. At night, we combed the jungles and nullahs for insurgents and twice a week during day accompanied mule columns to replenish our supplies. Once or twice a month the Dakota aircraft (DC-3) dropped fresh vegetables, meat on hoof and other essentials. That used to be party time, supplemented by a special issue of a tot of rum.

Thankfully, we could tune into Radio Ceylon and listen to music. Mercifully, battery-operated radios were available at Jorhat — priced more than a month’s pay of a young officer. The battery pack was also expensive but lasted six months or so.

But what has all this got to do with the AN -32 crash? It has. Life and conditions in the remotest isolated posts remain the same except for better television and telephonic connectivity. Now, with the availability of helicopters, personnel may also be picked up for proceeding on leave. Thus the sound of the aircraft like AN-32 and heptrs is the sound of music for most of us who have served for years on such posts.

Special empathy is reserved and displayed for the crew and their families, just as for a comrade lost in battlefield. That is why the clamour for a just and a fair deal for the families of the aircrew.