False narrative being created by Opposition that govt working for cronies, Sitharaman replies to debate on Budget 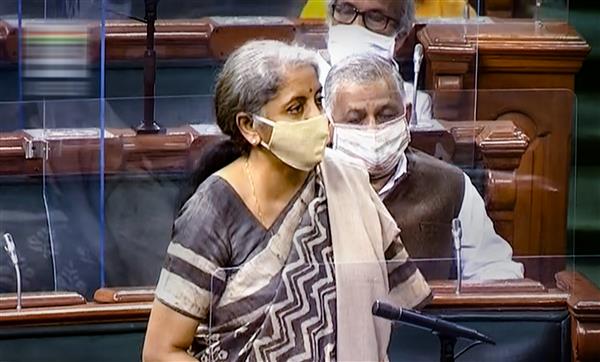 Finance Minister Nirmala Sitharaman on Friday attacked Opposition parties for creating a "false narrative" around her Budget of being pro-rich, saying from free food grains, gas to building roads and houses have been for the poor.

Replying to the debate on Budget in the Rajya Sabha, Sitharaman said the Budget is the instrument for ‘aatmanirbhar Bharat’, at a time when economies across the global had suffered due to the pandemic.

Also read: Nothing for common man in Union Budget: Opposition in Rajya Sabha

“Attempt made in this Budget is to provide stimulus, strong stimulus which can bring about a multiplier effect and therefore instead of finding quick short term solutions—even as we provide short term quick relief for those people who so desperately need it—we are looking also at medium and long term sustainable growth which will keep India in that kind of growth trajectory, which will maintain us as one of those fastest-growing economies in the world,” she said.

She said that despite government scheme and initiatives ranging from roads to agriculture, housing, scholarships to electricity benefiting lives of people, a false narrative was being created by the Opposition that the government was working for cronies.

“It has now become a sort of a habit for some in the Opposition to constantly allege whatever this government is doing -- in spite of what we are doing for the poor and more needs to be done, and that is not denied at all -- in spite of the obviously seen steps taken for helping poor and needy of this country, a false narrative is created to accuse, saying this government works only for cronies,” she said.

Houses completed under PM Awas Yojana stands at more than 1.67 crore, while households, which have been electrified under Saubhagya scheme since October 2017, is more than 2.67 crore, she said.

“The length of road sanctioned under PM Gram Sarak Yojana between 2014-15 and those years...2,11,192 km...those roads go to villages...are they villages for the rich? Are they villages where the poor do not live? Whose lifeline are these roads,” she said, asserting that those throwing allegations unthinkingly must answer these questions.

Sitharman said the NDA government has removed all ills from the rural-employment guarantee scheme MNREGA and spent highest ever about Rs 90,500 crore so far this fiscal.

She said during the COVID pandemic year, the government has spent Rs 90,469 crore under the MNREGA rural employment scheme, which highest ever.

"Your track record is bad. Never your Budget estimate was met," the finance minister said as she reeled out data from 2009-10 and subsequent years under the Congress-led UPA regime. PTI