'Martyrs' statues at Punjab Assembly will violate edict of Chandigarh' : The Tribune India

'Martyrs' statues at Punjab Assembly will violate edict of Chandigarh' 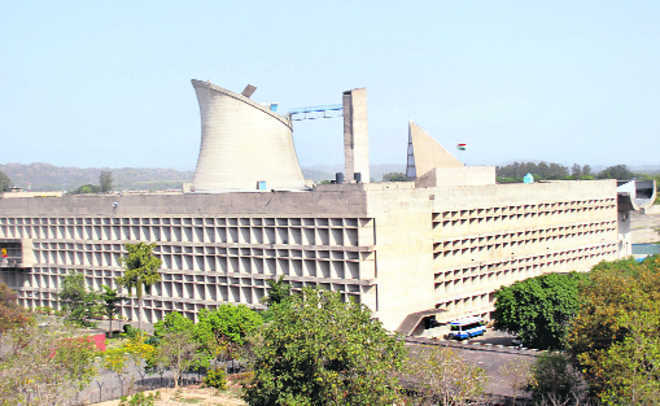 Local experts have opined that the unanimous resolution passed by the Punjab Vidhan Sabha to install statues of Shaheed Bhagat Singh, Dr Bhim Rao Ambedkar and Maharaja Ranjit Singh on the Assembly complex would be in violation of the edict of Chandigarh.

In a letter to Punjab Chief Minister Bhagwant Mann, Ajay Jagga, member, Heritage Items Protection Cell, UT, stated that the spirit, respect and regard was really appreciable and “the entire nation salutes our heroes like Shaheed Bhagat Singh, BR Ambedkar, Maharaja Ranjit Singh and can never forget their contribution towards the nation”.

However, the edict of Chandigarh, which defined the city on human scale, mentioned that “no personal statues shall be erected”, he wrote, asking the Chief Minister to get it examined.

“Moreover, the Assembly building is under the Capitol Complex and is a World Heritage Site. Any change in it has to be made after taking a clearance from the competent authority. The pictures/paintings, appears to be, are not covered under the edict,” he said.

Tarun Mathur, a local architect, said, “There are examples of murals and sculptures at the Capitol Complex. These follow a particular style called the abstract contemporary style, which is different from the traditional style.”

“The Open Hand Monument is one such example. The tapestries at the High Court also depict certain themes as does the Corbusian mural on the main gate of the Assembly hall,” he said, adding that if the murals/sculptures of “our martyrs can be crafted in the same style, it can enhance the ambience of the complex”.

He suggested that the ‘memorial’ be designed by an eminent artist who could match the concept with the existing style and background.

Another architect said the statues could not be installed on the premises declared a heritage building, as rules for heritage building were very stringent. Earlier, the renovation of the Punjab and Haryana Vidhan Sabha undertaken at a cost of nearly Rs8 crore had to be undone.