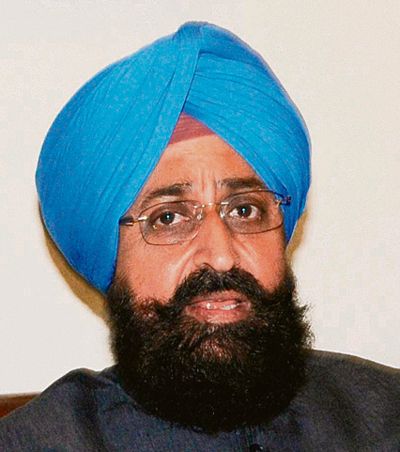 The Punjab Assembly that is part of the Chandigarh Capitol Complex is classified as a UNESCO World Heritage Site and does not allow modifications to the building, including installation of permanent statues.

Raking up the issue, Congress leader Partap Bajwa has pointed out while passing a unanimous resolution on the installation of statues of Shaheed-e-Azam Bhagat Singh, Bharat Ratna Dr Bhimrao Ambedkar and Maharaja Ranjit Singh in the Assembly complex at the recently held session, the officers kept the Members of the House in the dark on the heritage status of the House building.

Modifications can be done only after permissions from competent authority. Also, Le Corbusier's edict does not allow for personal statues to be installed in Chandigarh. —Partap Bajwa, Congress MLA

Seeking action from CM Bhagwant Mann against erring officers, Bajwa said he also participated in the discussion on the installation of the statues believing the state government had done the groundwork for the installation of the same. “The fact remains as per the law of the land, the Assembly is part of the Chandigarh Capitol Complex, which is a UNESCO World Heritage Site and therefore such modifications to the building can be done only after permissions from the competent authority. Furthermore, the edict of Chandigarh by Le Corbusier does not allow for personal statues to be installed in Chandigarh. But these facts should have been brought forward to the House, so as to give MLA’s a proper understanding of the situation,” he said.

Bajwa further pointed out in 2010, a similar proposal was rejected by the UT Administration. The officer’s incharge who drafted the resolution put forward in the House must be held accountable for concealing such information from the Chief Minister. In 2019, a demolition drive was carried in the Assembly to remove and undo alterations carried out over the past five decades. The exercise was aimed at restoring the building to its original status since it was part of the Capitol Complex, which was given the heritage status in 2016. —