12 die as Delhi’s Batra Hospital runs out of oxygen, many critical : The Tribune India

12 die as Delhi’s Batra Hospital runs out of oxygen, many critical

Delhi govt extends lockdown till May 10 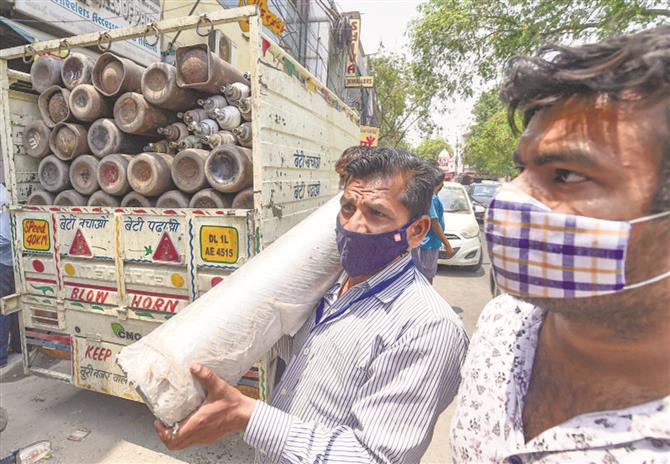 A Covid patient's relative gets a cylinder refilled in New Delhi. PTI

Tragedy struck Delhi once again on Saturday with 12 critically ill Covid patients dying at Batra Hospital after it ran out of oxygen amid cripplingly grim supply situation.

Among those dead was Dr MK Himthani, a senior gastroenterologist and head of department at the health facility. The hospital said many more patients were on the edge as they had remained without oxygen for over 80 minutes today.

Hospital executive director Sudhanshu Bankata claimed he had been pleading for oxygen replenishment since 7 am today. He said he wanted this “torture to end”. “Eight patients died for want of oxygen initially. The toll has climbed to 12. Our senior gastroenterologist Dr MK Himthani too succumbed to the virus. I hope this situation does not arise again,” he said. 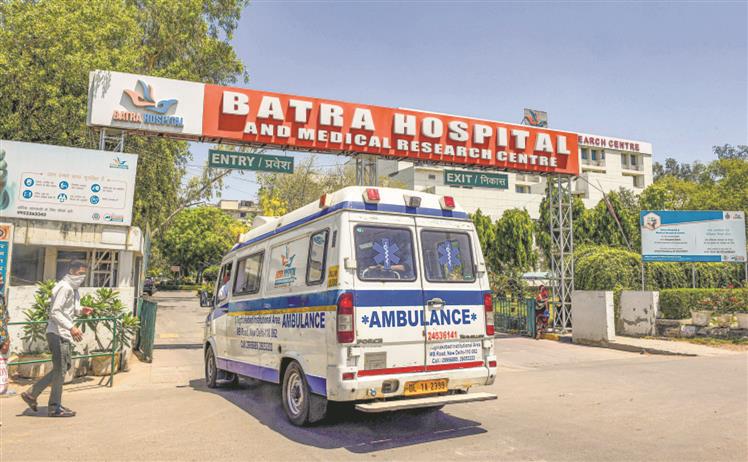 Bankata, in a grim prophecy, said more patients could die as supplies remained weak. “Let’s hope and pray that this torture and trial by fire ends soon. We have 230 patients on high flow oxygen and all of them were without oxygen for over 80 minutes,” he said.

Against daily 7 MT oxygen requirement, Batra Hospital has been receiving 4.9 MT. It has faced this situation for the second time in a week.

Meanwhile, Delhi Chief Minister Arvind Kejriwal extended the lockdown for another week till May 10 (5 am) saying the daily infections were still above 25,000 and this needed to be controlled. The capital has been under lockdown since April 19.

Kejriwal again demanded allocated liquid oxygen quota for the state saying the demand was 976 MT daily and the state only received 312 MT yesterday. “How will Delhi breathe with such low supplies,” the CM said even as the Centre raised Delhi’s allocation from 490 to 590 MT a day from today.

No PSA plant in a year

Delhi’s oxygen crisis has been building up since last year. The state failed to operationalise any of the 8 pressure swing adsorption plants sanctioned under PM Cares Fund