He said one day while he was a bit tipsy, he called her asked her, "Do you love me?" 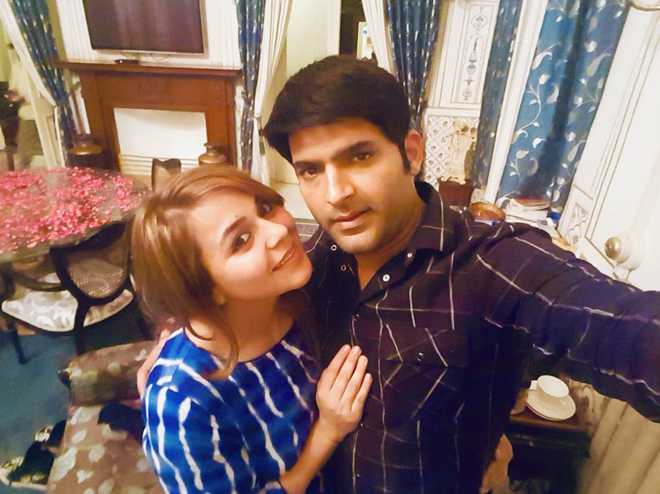 It was in a new promo—on his Netflix stand-up special, ‘I am Not Done Yet’—that the comedian-actor, Kapil Sharma, spilled beans over his love story with his wife Ginni Chatrath.

In the promo shared on Monday, Kapil thanked a brand of alcohol for giving him the courage to reveal his feeling for Ginni over a phone call. In a minute-long video, Kapil spoke about how he gathered the courage to speak with Ginni and ask her “if she loved her after getting drunk”.

He said that Ginni was his “favourite among all the actresses,” adding that, “I used to assign a lot of work to her. She used to call me and report what happened and how much they had rehearsed today.

He said one day while he was a bit tipsy, he called her asked her, "Do you love me?"

“She was taken aback." She wondered, "how did this man get the courage to ask?’ Thank god, I didn’t have toddy that day else i would probably ask her, Ginni, does your father need a driver?” Kapil said.

He then addressed Ginni, “What made you love a scooter owner?" To which, Ginni hilariously replied, “Well, I thought that everyone falls for a rich man. Let me do some charity for this poor guy." Kapil Sharma will be making his Netflix debut with his special "I'm Not Done Yet".