Kapil Sharma sets trolls right after Anupam Kher opens up on 'The Kashmir Files' team not being invited to show : The Tribune India

Appreciates friends for loving him anyway 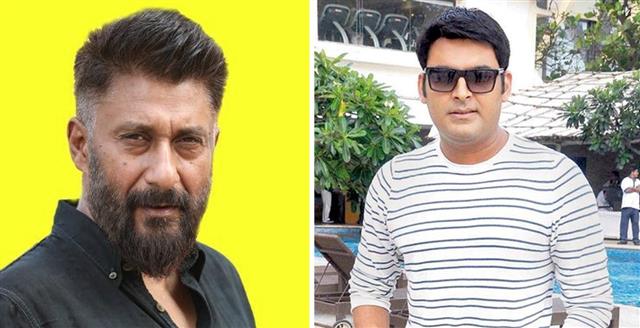 Veteran actor Anupam Kher, whose performance in the recently released 'The Kashmir Files' is drawing accolades has responded to the controversy over the film cast not being invited to the popular programme, 'The Kapil Sharma Show'.

Also read: 'Wish Kapil Sharma had posted full video and not half truth', Anupam Kher's reply to comedian's tweets as controversy around 'The Kashmir Files' gets murkier

Filmmaker Vivek Agnihotri had accused Kapil Sharma and the showmakers of not calling the 'The Kashmir Files' makers on their show because "they don’t have any big commercial star in the movie”.

This sparked a controversy and the comedian was trolled on Twitter.

The filmmaker’s allegations enraged netizens who demanded "the boycott of Kapil Sharma".

But now, the lead actor in the film, Anupam Kher, has come to Sharma's rescue. During a discussion on Times Now, Kher revealed that he was actually invited to the show but it being a serious film, he did not feel it was the right platform for the film’s promotion.

Kher said he had been on the show quite a number of times and believed that the seriousness of his latest release and the light-hearted nature of the show didn’t go well together.

Under fire, Kapil Sharma took to Twitter to share Kher's interview and take a dig at the trolls.