As Kapil Sharma shuts trolls up, Anupam Kher says 'wish the comedian had posted full video and not half truth' over controversy around 'The Kashmir Files' 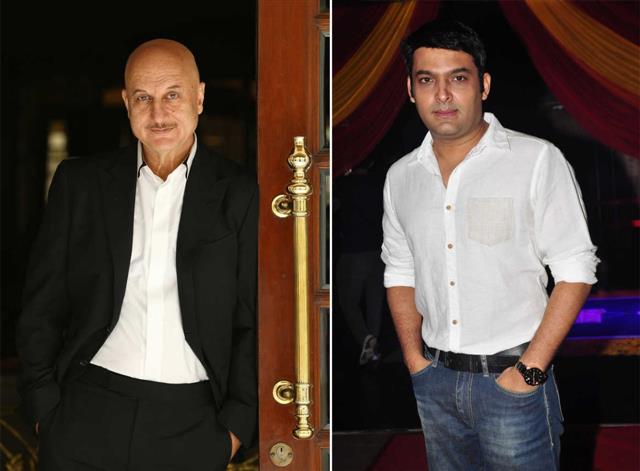 The controversy between Kapil Sharma and the 'The Kashmir Files' team seems to be getting murkier.

Also read: Kapil Sharma sets trolls right after Anupam Kher opens up on 'The Kashmir Files' team not being invited to show

Kapil Sharma, not funny this time, called circus master of Bollywood, gets trolled for not promoting Vivek Agnihotri's film on Kashmir as no ‘commercial’ star in it

A few hours after Kapil Sharma cleared air about sharing Anupam Kher's interview clip on Twitter and wrote, "Thank you paji @AnupamPKher for clarifying all the false allegations against me. Aur un sab dosto ka bhi shukriya jinhone bina sach jaane mujhe itni mohabbat di. Khush rahiye, muskurate rahiye (And thanks to all those people who gave me so much love without knowing the truth. Be happy, keep smiling). #thekapilsharmashow #Isupportmyself."

Actor Anupam Kher replied back saying: “Dear @KapilSharmaK9! I wish you had posted the full video and not the half truth. The entire world is celebrating, you also celebrate tonight. Love and prayers always!”

Dear @KapilSharmaK9 ! I wish you had posted the full video and not the half truth. The entire world is celebrating, you also celebrate tonight. Love and prayers always! 🙏🌈 https://t.co/QS3i5tIzh8

In an interview with a news channel, Anupam clarified that he was called on comedian Kapil Sharma's show but he decided not to go since the film is on a serious issue.

Anupam was accompanied on the show by The Kashmir Files' director Vikek Agnihotri and actor Pallavi Joshi. Both Anupam and Vivek said that Kapil doesn't have any malice towards them or the film. Reacting to this, Kapil shared a tweet thanking Anupam for the clarification.

Speaking with Times Now, Anupam has said, "To be very honest I must say it here I was called to be on the show. Maine Harman, jo mere manager hai, usko kaha tha ki ‘Ye film bari serious hai, main isme nahi jasakta hun (I had told Harman, my manager, 'This film is very serious, I can't go on the show)'. So I want to put my point over here. It happened around two months ago that I was told 'Aap aajayye (Please come)'. I have been on the show a few times and it's a funny show. It's very difficult to do a funny show and he does it very well. I don't think Kapil has any malice towards us or towards the film." Vivek added, "No, no, no. I don't think so."

Below is the full video

Earlier, filmmaker Vivek Agnihotri had accused Kapil Sharma and the show-makers of not calling the 'The Kashmir Files' makers on "their show because they didn't have any big commercial star in the movie”.

This sparked a controversy related to 'The Kapil Sharma Show' for which the comedian was bashed and trolled on Twitter.

The filmmaker’s allegations led to netizens "demanding the boycott of Kapil Sharma". Under fire, Kapil Sharma took to Twitter to share Kher's interview and take a dig at the trolls.