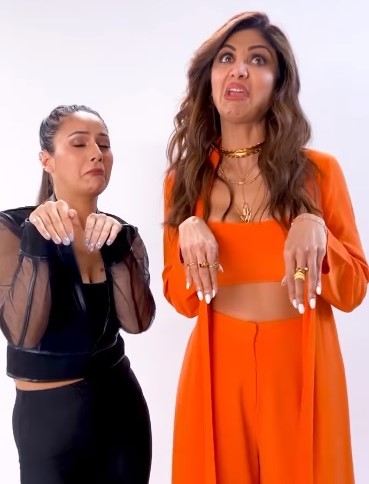 Shehnaaz Gill became a household name ever since she made an appearance on the controversial reality show ‘Big Boss: 13’ as a participant. Her chemistry with fellow contestant Sidharth Shukla endeared them to the watching audience and viewers gushed over their pairing during the show.

Shehnaaz, an actor and a singer, will now appear on Bollywood actor Shilpa Shetty’s fitness talk show to open up about her relationship with Sidharth, whose untimely death on September 2, 2021, at the age of 40 shocked his fans.

A promo video of the show has Shehnaaz talking about how Sidharth always wanted to see her happy. She was rumoured to be dating the actor.

“Sidharth mujhe humesha haste hue dekhna chaahta tha (Sidharth always wanted to see me smile),” she said in the promo video that a SidNaaz’s fan shared on their Instagram account.

As soon as the video went live, fans’ comments began to pour in.

One of them wrote, “Can’t wait for Shehnaaz Gill’s episode”. The second one commented, “CANT WAIT DAMN THIS LOOKS SO MUCH FUNNN”.

Shehnaaz was last seen in the ‘Bigg Boss 15’ finale in January, where she gave an emotional and heartening tribute to ‘Balika Vadhu’ actor Sidharth Shukla. Her tears moved host Salman Khan into hugging her consolingly.

Shehnaaz was amongst the runner-ups in the thirteenth season of the show.

On the work front, Shehnaaz was last seen in ‘Honsla Rakh’ opposite Diljit Dosanjh and Sonam Bajwa.