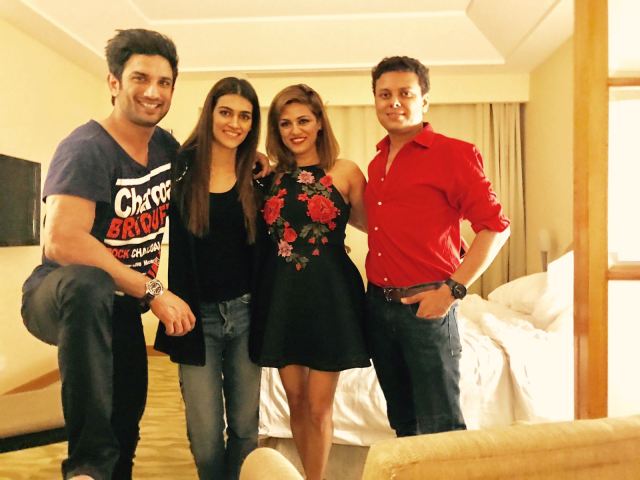 Sushant Singh Rajput's brother-in-law has slammed a recent article, that called out 'toxic Bihari families' for putting pressure on their male children.

Sushant's brother-in-law, Vishal Kriti revealed that he is reacting to the article as it affects not only his "loved ones, but people from Bihar in general".

The article commented on family dynamics in ‘cow-belt India’ and how the son is expected to be a ‘Shravan Kumar’, ie, an ideal child.

“I wanted to let it go since, despite the tragedy in the family, I have to work just like many of Sushant’s other family members and after a long work-week, I was reluctant about addressing these issues,” Vishal Kirti wrote in a blog post.

“But decided otherwise since I found out that this was affecting not only my loved ones but people from Bihar in general.”

Vishal wrote that, to his knowledge, “mental health is an outcome of biology and the environment.”

He wrote that Sushant’s girlfriend, Rhea Chakraborty, had created a "hostile environment" for him, which could include "gaslighting, blackmailing, alienating, covert medication, overt overmedication, and so on".

This is where Jyoti’s stereotypical “toxic Bihari family” trope gets debunked. The FIR didn’t say that my father-in-law couldn’t stand Ankita. The FIR mentions one specific person called Rhea and giving it an anti-feminist flare is toxic journalism. https://t.co/xhj7qljvcS

He wrote that depression doesn’t always lead people to suicide. Defending a recent Instagram post by his wife Shweta, Sushant’s sister, in which she’d shared an image of the actor’s whiteboard, on which he had mapped out future plans, Vishal wrote that Shweta didn’t say that Sushant wasn’t depressed.

“Planning ahead is a very positive sign of hopefulness. Though it does not guarantee, it still questions the prerequisite condition of hopelessness,” he wrote.

This is where Jyoti’s stereotypical "toxic Bihari family" trope gets debunked.

The FIR didn’t say that my father-in-law couldn’t stand Ankita. The FIR mentions one specific person called Rhea and giving it an anti-feminist flare is toxic journalism.

“Many people know that Sushant dated Ankita (Lokhande) for at least six years and they lived together for a good portion of that relationship. People have seen great pictures of Ankita and Sushant’s family together and almost everyone knows that some members of Sushant’s family, including my wife, are in constant touch with Ankita,” he wrote.

He also wrote that even though Sushant never explicitly admitted to dating actor Kriti Sanon, he, Vishal, had met her and was very fond of her as well.

He continued, “I am from Bihar as well and my parents don’t have any toxic attitude towards my wife, who was also my girlfriend for nearly four years before I got married and we have been married for thirteen years.”

Sushant’s father, KK Singh, has filed an FIR against Rhea Chakraborty for abetting his suicide, among other allegations.

Sushant’s case will be investigated by the Central Bureau of Investigation.