Hundreds of farmers from Punjab and Haryana marched towards Delhi with tractor-trailers on Wednesday to protest against the Centre’s agriculture-related laws, prompting the Haryana Government to deploy their police force in large numbers and invoke Section 144 of the CrPC to prevent assembly of protesters.

Haryana's government under Chief Minister Manohar Lal Khattar had ordered borders between Punjab and Haryana to be closed in an attempt to force the protesters back---a development that farmers criticised later as an attempt to silence them.

In Haryana's Kurukshetra, farmers tore down police barricades near Shahabad and were heading towards Pipli. Haryana Police used water cannons to unsuccessfully scatter the crowd.

In Karnal, police put up a check point at Oasis Tourist Complex on the National Highway 44. Protesters stopped to set up camp near Karnal's Samanabahu village for the night. They will resume their march to Delhi on Thursday.

Meanwhile, the protest march led to traffic jams on the NH-44, catching out several commuters, including wedding parties with grooms. Harried commuters now accuse authorities of not diverting traffic in advance.

"Today is my wedding and we left for Delhi from Ludhiana at 11 am, and we had to reach in Delhi before 8pm and now we are here in Karnal at 8.30pm. There’s still no clarity of how long this will take to clear,” a groom stuck in the traffic jam said. 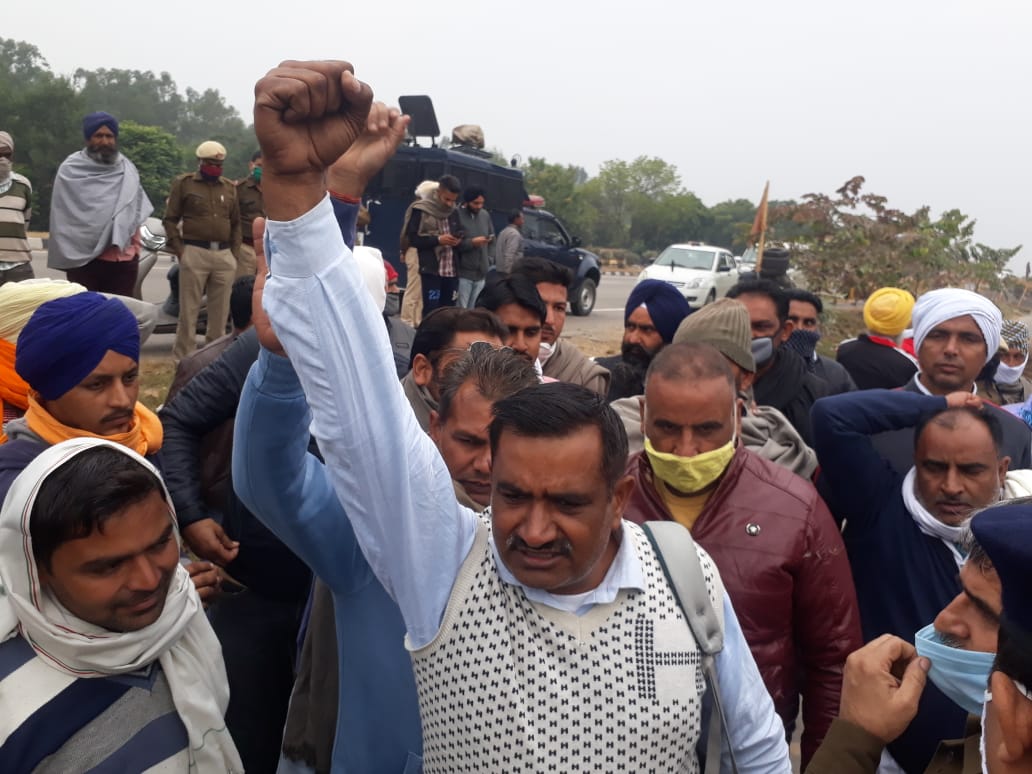 Also, the police had taken nearly 100 farmer leaders from the state into "preventive custody".

As per the police estimates, around 2,00,000 farmers from Punjab are set to leave for Delhi as part of their 'Delhi Chalo' agitation from November 26. 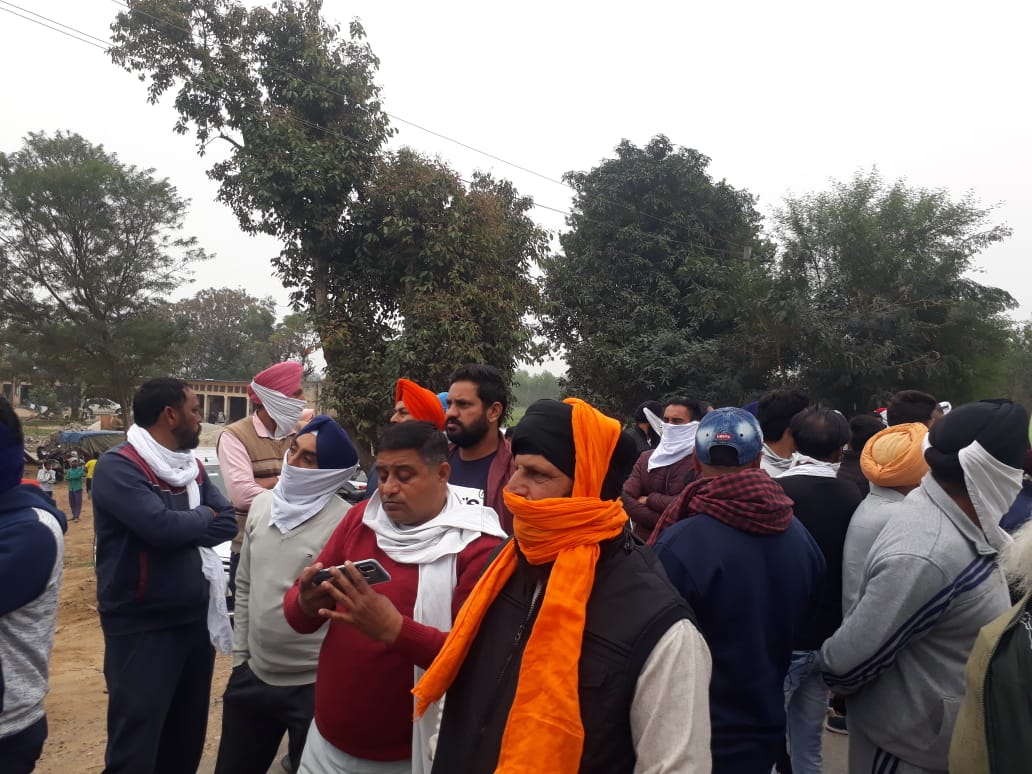 "We will peacefully block the routes to Himachal and Jammu and Kashmir. Will start dharna on the roads," he tweeted.

Rajewal questioned Khattar for refusing to give passage to the farmers to go to the national capital.

At a press interaction in Rohtak, Inderjit Singh, a senior leader of All India Kisan Sangharsh Coordination Committee (AIKSCC), condemned the sealing of the borders and demanded an anser from Deputy Chief Minister Dushyant Chautala for the police action against farmers.

"Dushyant claims himself to be a big well wisher of the farmers but why he is keeping mum when the farmers are being suppressed by the police at the instance of his government,” he said. 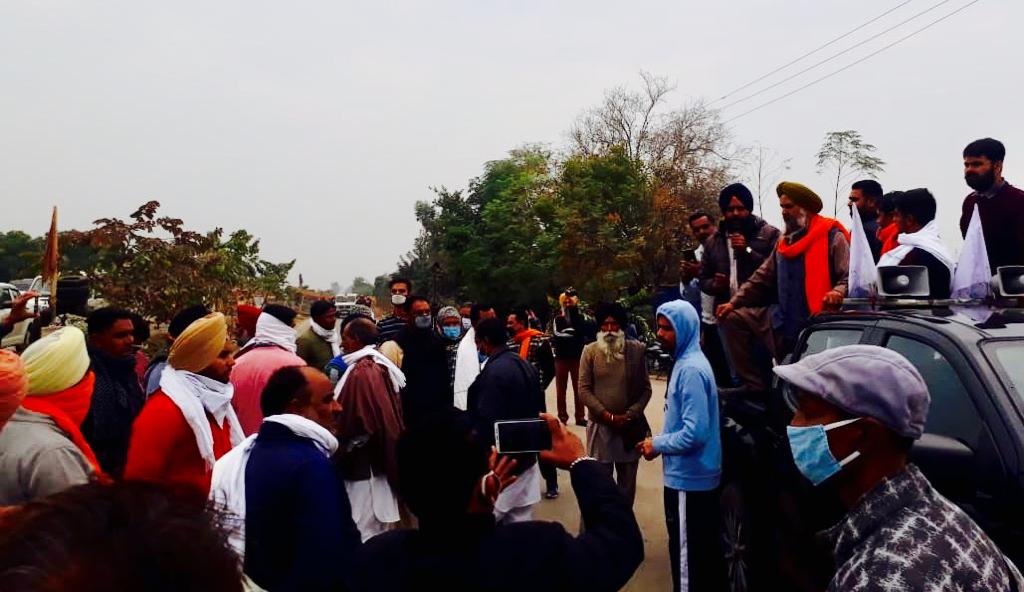 Farmers affiliated to 33 organisations are part of the United Farmers Front, an all-India body of over 470 farmer unions that will participate in the indefinite protest in the national capital from November 26.

The protesting farmers have threatened to block all roads to Delhi if they were denied permission to travel towards Delhi.

The Delhi Police asked the farmers not to enter Delhi as they don't have permission to protest in the city.

Haryana Police too have issued a travel advisory, asking commuters to avoid certain national highways along the state border with Punjab and Delhi for three days, starting Wednesday, in the wake of the protest.

Road blockades have been put at several places along the state border as per Chief Minister Khattar's directive to ensure "law and order", the police said.

A state police spokesperson told IANS that elaborate arrangements have been made by the civil and police administration.

The primary objective of these arrangements is to maintain proper law and order to prevent any kind of violence, facilitate functioning of traffic and public transport systems and to ensure public peace and order.

The spokesperson said a large number of protesters are likely to enter Haryana from Punjab through various border entry points for their onward journey towards Delhi.

The main focus points of the protestors originating from within Haryana will be the four major national highways leading towards Delhi, i.e., Ambala to Delhi, Hisar to Delhi, Rewari to Delhi and Palwal to Delhi.

A specific call has been given by protesting organisations for congregation at Shambhu border near Ambala city, Mundhal Chowk in Bhiwani district, Anaj Mandi in Gharaunda town in Karnal district, Tikri border in Bahadurgarh town in Jhajjar district, and the Rajiv Gandhi Education City in Rai in Sonipat district.

The spokesperson said that to ensure appropriate law and order arrangement, it is likely that the traffic diversion or roadblocks may be put up by the police on November 25, 26 and 27.

Punjab Chief Minister Amarinder Singh on Tuesday welcomed the Centre's decision to take forward the talks with various farmer organisation on the farm laws issue in Delhi on December 3.

He said the forthcoming talks would pave the way for early redressal of the concerns of the farmers on the Central agricultural laws.

"It will be a historic protest in Delhi amid the presence of two lakh farmers. We won't go back from our protest even half an inch." Farmers protesting against the laws have expressed apprehension that these laws would pave the way for the dismantling of the minimum support price system, leaving them at the 'mercy' of big corporate entities.