Asks Home Secy to send panel of names to UPSC 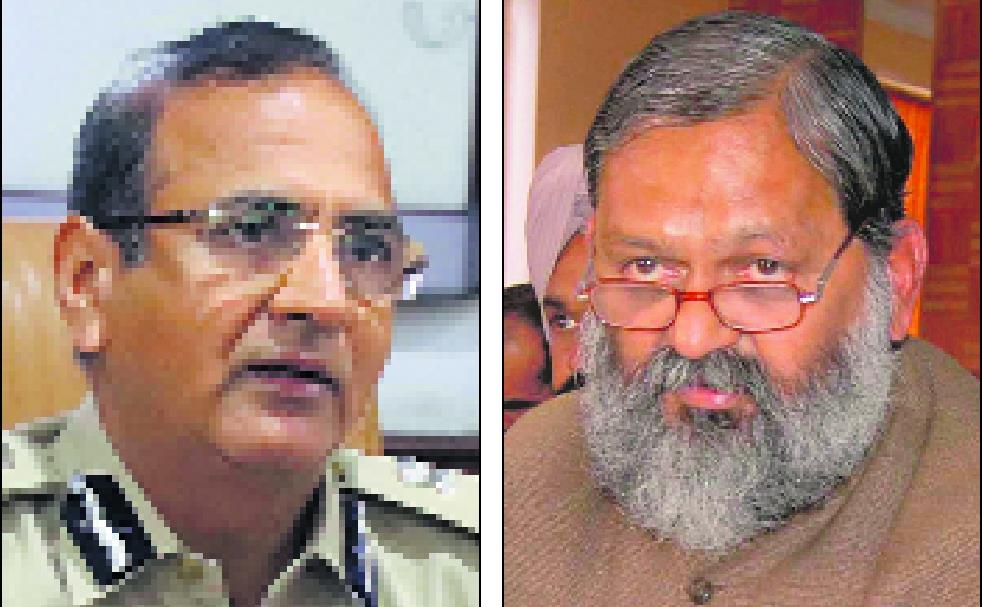 A month after the Manohar Lal Khattar government extended Haryana Director General of Police (DGP) Manoj Yadava’s term till “further orders”, Home Minister Anil Vij directed the Home Secretary to send names of seven IPS officers to the UPSC to initiate the process of selection of the new incumbent.

In a letter to the Additional Chief Secretary, Home Department, Rajiv Arora, Vij has said a panel of officers who have put in 30 years and have at least 6 months of service left should be sent to the UPSC and the date of vacancy might be considered as March 2. Speaking on phone from Delhi, Vij told The Tribune, “Yadava has already completed his two-year tenure. His extension is only till further orders. This means that he has been given an extension only till the new appointment. The panel of names should have gone before his term ended. We are already behind schedule.”

Manoj Yadava’s term was to end on February 20 this year. However, the government issued an order on January 7 this year, extending Yadava’s tenure beyond February 20, till further orders.

Under Section 6 (2) of the Haryana Police Act, 2007, the DGP shall have a tenure of not less than one year extendable up to one more year irrespective of his date of superannuation.

However, the Supreme Court order in Parkash Singh verses Union of India prescribed the tenure of a DGP as a minimum of two years.

“As per the orders of the Supreme Court, it was directed that all states shall send their proposals in anticipation of the vacancies to the UPSC well in time, at least three months prior to the date of retirement of the incumbent DGP,” Vij’s letter said.

The letter goes on to warn the ACS (Home) that he would be held personally responsible for “any future legal or any kind of complication in the matter”.