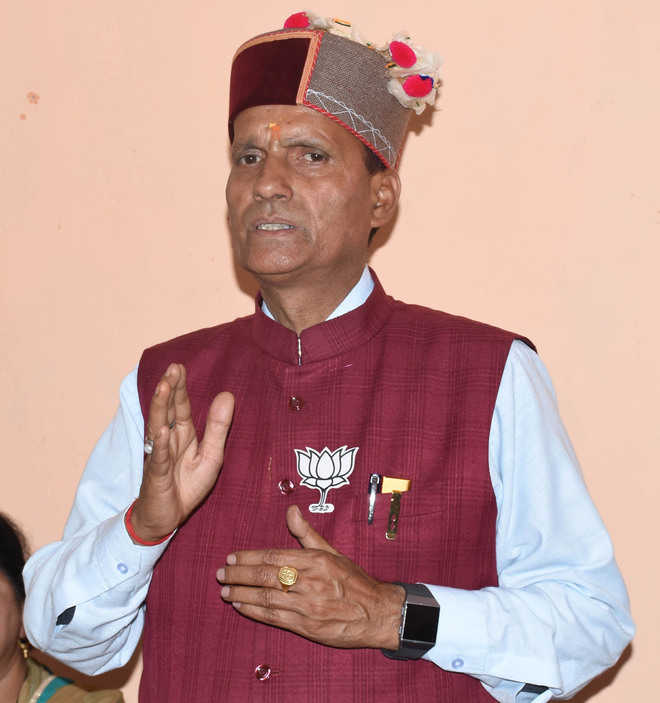 The proceedings for the day started with members across party lines expressing grief and shock on the death of two-time BJP Lok Sabha MP.

Ministers and legislators remembered Sharma as a mild-mannered, humble leader who was dedicated to the party and served the people selflessly. The Speaker adjourned the house after obituaries.

Sharma hailed from Johindernagar area of Mandi and was associated with the RSS right from his early days.

He said Sharma was a "great personality, down to earth and soft-spoken, who remained a grassroots level leader".

He remained the state organisational secretary and two-time vice president of the state BJP.

In the 2014 Lok Sabha elections, he fought from the Mandi Lok Sabha seat defeating Pratibha Singh, wife of former chief minister Virbhadra Singh. He again won for the second time in 2019 from the same seat.

Chief Minister Jai Ram Thakur said Sharma's death had left the party "shocked and shattered". He said Sharma’s biggest strength was his easy accessibility and humility. The CM said the MP held the record of winning by the highest ever margin of 4.05 lakh from the Mandi seat. He said the cause of the death would be known only after the post-mortem.