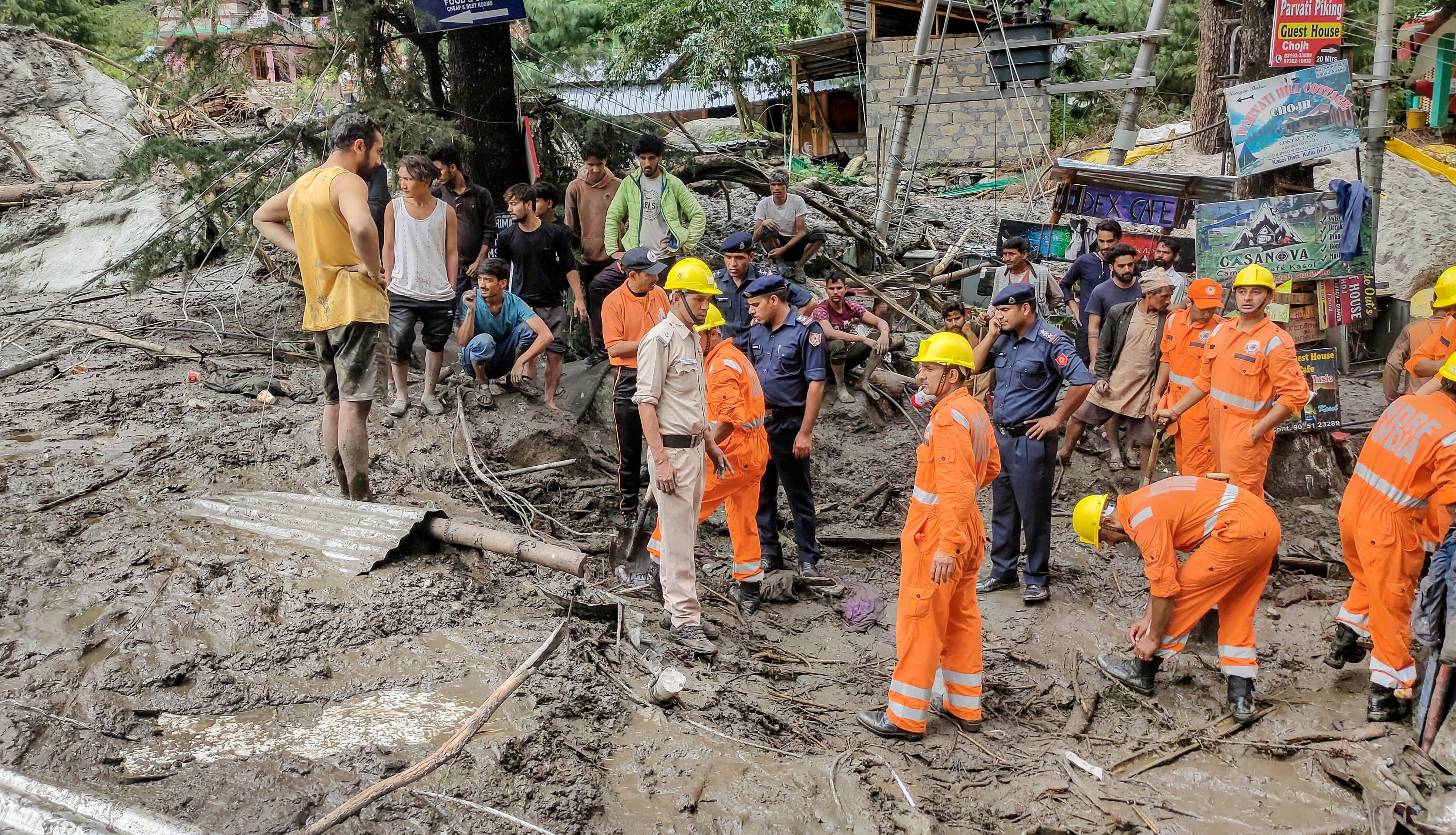 NDRF personnel during a rescue operation at Manikaran valley in Kullu. PTI

One woman was killed and four persons were feared dead in the flash floods triggered by a cloudburst in Himachal’s Kullu district today.

Four persons went missing as a cloudburst in the higher reaches of Rasol village flooded the Gohar Nullah causing widespread damage at Choj village in the Parvati valley. Three camping sites with 15 tents were completely washed away while the slush brought in by the flash flood damaged several houses and a large portion of arable land covered by fruit trees.

The missing persons have been identified as Kapil of Pushkar (Rajasthan), Rahul Choudhary of Dharamsala, Rohit of Sundernagar in Mandi and Arjun from Banjar in Kullu. Five cows and a cattle shed were also washed away. The slush blocked the Parvati river, causing the water level to rise, while the footbridge connecting Choj village with the Manikaran road was also swept away. The Kasol-Manikaran road which was blocked due to landslides was cleared by the afternoon.

In another incident, a resident of Malana village in the Parvati valley, Saaju Devi, drowned in the overflowing Malana Nullah. Her body has been recovered. Nearly 30 employees of the Malana power project were rescued from a building that was damaged by the flash floods. They were rescued by the fire brigade and police teams under the supervision of Kullu SDM Vikas Shukla.

In yet another incident, three persons were washed away when their car plying on the Kullu-Manali national highway plunged into the Beas. One of them managed to swim to safety. The body of another occupant, Aman (26) from Mandi, was taken out from the Beas near Bhuntar while Kewal Krishan (43), also from Mandi district, remains missing.

The rescue teams, including NDRF personnel, were at work in the affected areas. Education Minister Govind Singh Thakur reached Choj village, promising to extend all assistance to the affected persons.