Dozens of such modules who attack civilians or security forces have been neutralised, but new modules try to take their place: Dilbag Singh 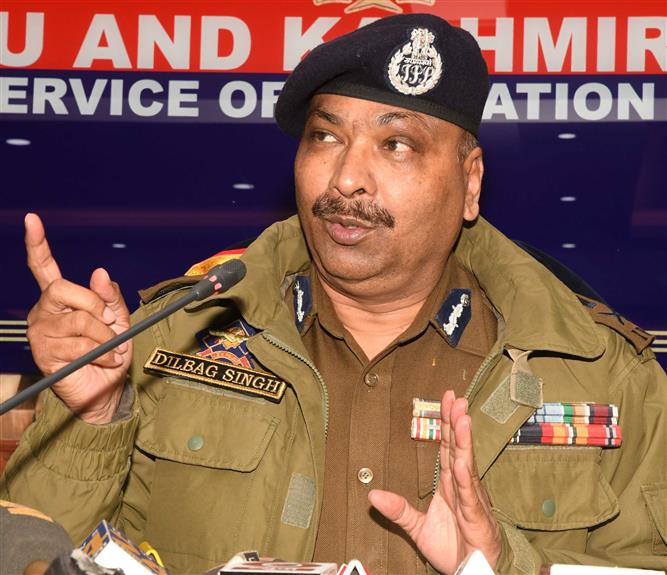 The people behind the killing of a police sub-inspector in Khanyar locality of the city here have been identified and will be brought to justice soon, Jammu and Kashmir Police chief Dilbag Singh said on Sunday.

The director general of police said the killing of the young probationary sub-inspector was a very tragic incident.

“We have lost a brave young officer who was just at the threshold of service. He was learning the nuances of policing. He was deputed to a hospital for a check-up of the accused person and while coming back from the hospital, he was shot.

“He was immediately evacuated to a hospital, but, unfortunately, he succumbed. It is a very tragic loss for us and the family and we express our condolences,” the DGP said here.

He was speaking to reporters on the sidelines of a wreath-laying ceremony for probationary sub-inspector Arshid Ahmad who was shot dead at point blank-range.

Singh said the perpetrators of the crime have been identified and they will be brought to justice.

“Every life lost is a concern for us, whether it is a police or a civilian or a SF (security force) personnel. Those involved in crimes of killing of civilians or SF people (in the past), they have been brought to justice. And in this particular case also, our investigative agencies, our operational teams are working, and soon we will be able to take care of this case also,” he said.

Asked about the attacks in the city, the J&K police chief said dozens of such modules who attack civilians or security forces have been neutralised, but new modules try to take their place.

“About a dozen modules, involved in pistol shooting or killings, have been wiped out. Whenever an old team is wiped out, a new team tries to take their place. The new team has also almost been identified and action will be taken against them soon, he said. PTI