95% of pollution in Delhi-NCR due to local factors: Environment Minister

Prakash Javadekar says, as on date, share of stubble burning only around 4 per cent 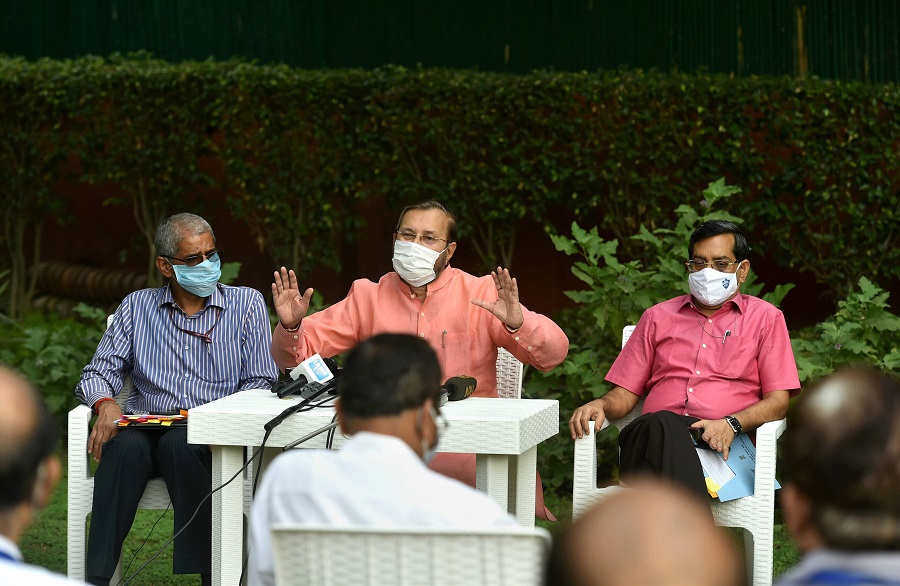 Union Minister for Environment, Forest and Climate Change Prakash Javadekar during announcement of an initiative by the CPCB towards air pollution mitigation in Delhi-NCR, at his residence in New Delhi on Thursday. PTI

Environment Minister Prakash Javadekar on Thursday said around 95 per cent of air pollution in Delhi-NCR was due to local factors like dust, construction and biomass burning and the share of stubble burning was only around 4 per cent as on date.

He also urged the Punjab Government to curb stubble burning, flagging off 50 Central Pollution Control Board (CPCB) inspection teams for field visits in Delhi-NCR to keep a watch on pollution hot spots during the winter season.

Javadekar said only about 4 per cent air pollution was due to stubble burning while around 95 per cent of it was due to local factors like biomass burning, garbage dumping, unpaved roads, dust, construction and demolition activities, etc.

Urging Punjab Government to control stubble burning Javadekar also recalled how his throat choked with the smoke from burning of crop residue during a recent visit to Ludhiana.

“It is also about health of the people in the state. The Punjab Government should ensure there is not much stubble burning this time,” said the Minister.

Addressing nodal officials of the CPCB teams, he said, “You will work for next two months and take note of all activities and complaints. You will inspect all factors. You have the right to file a report on your observations and strict action will be taken.”

The 50 CPCB teams will make extensive field visits from October 15 to February 28 next year and focus on hotspot areas. They will visit Delhi and NCR towns – Noida, Ghaziabad and Meerut in Uttar Pradesh; Gurugram, Faridabad, Ballabgarh, Jhajjar, Panipat and Sonepat in Haryana; and Bhiwadi, Alwar and Bharatpur in Rajasthan.

Javadekar said that during the current times of COVID, members of the CPCB teams were no less than corona warriors as they would be visiting and giving feedback from the ground which would help in mitigating air pollution.