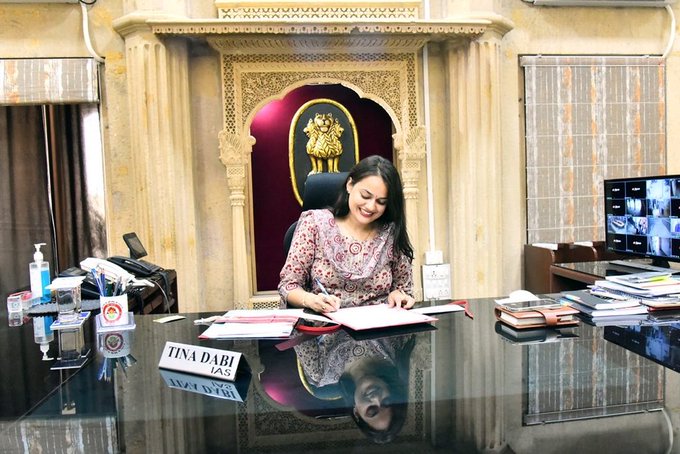 IAS officer Tina Dabi on Wednesday took charge as the Collector of Jaisalmer district in Rajasthan. Tina Dabi is a UPSC 2016 exam topper.

Dabi was posted in Jaipur before this. Sharing the news on the social media, the IAS officer wrote: “Joined as District Collector and Magistrate Jaisalmer today.”

As per PTI, a total of 33 IAS officers - including seven district collectors - and 16 IPS officers, comprising three IGP and district SP each, were transferred in Rajasthan.

Tina Dabi made headlines as she tied the knot with IAS officer Pradeep Gawande in a private ceremony in Jaipur after her divorce with Athar Shafi Khan in April.

Pradeep Gawande is three years senior to Tina and is a 2013 batch IAS Officer. He is currently serving as Director, Archeology & Museums in Rajasthan.

Tina Dabi on Monday had shared beautiful pictures with husband Pradeep Gawande (IAS) on the social media from Goa.

In the pictures, the IAS officer is seen having a good time with her husband in Goa.