BSF can now conduct raids, make seizures up to 50 km from border 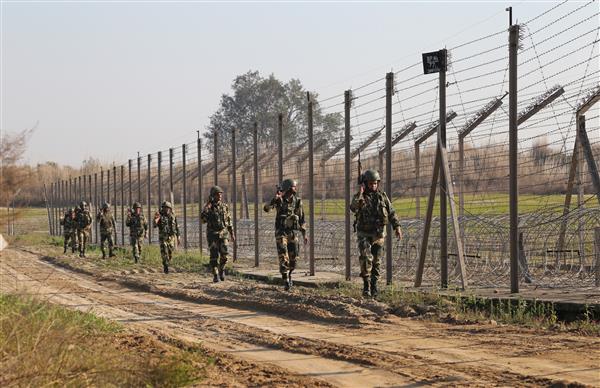 BSF will now be able to arrest, search and seizure to the extent of 50 km from the borders inside the bordering states of Punjab, West Bengal, Assam and Tripura.

The Centre has issued a notification increasing the jurisdiction of the Border Security Force (BSF) to give its officers the powers of arrest, search and seizure to the extent of 50 km from the borders inside the bordering states of Punjab, West Bengal, Assam and Tripura.

According to the notification, which has been issued by the Union Ministry of Home Affairs (MHA), BSF officers are now authorised to take action under CrPC, Passports Act and Passport (Entry to India) Act.

The BSF will also be able to search and arrest in Nagaland, Mizoram, Tripura, Manipur and Ladakh

In the notification, the MHA said, “The border guarding force has been granted permission to conduct raids and arrests up to an area of 50 km inside from International Border (IB) along India-Pakistan and India-Bangladesh borders. Earlier, this range was 15 km.

Besides, the BSF would also be able to search and arrest in Nagaland, Mizoram, Tripura, Manipur and Ladakh, it said.

However, along with this, the jurisdiction of the BSF in Gujarat has been reduced and the extent of the border has been reduced from 80 km to 50 km, while in Rajasthan the radius area has been kept 50 km as before. No boundaries have been set for the five northeastern states of Meghalaya, Nagaland, Mizoram, Tripura and Manipur. Along with this, there is no boundary set in Jammu and Kashmir and Ladakh.

Section 139 of the Border Security Force Act, 1968, empowers the Centre to notify the area and extent of the border force’s operational mandate from time to time.