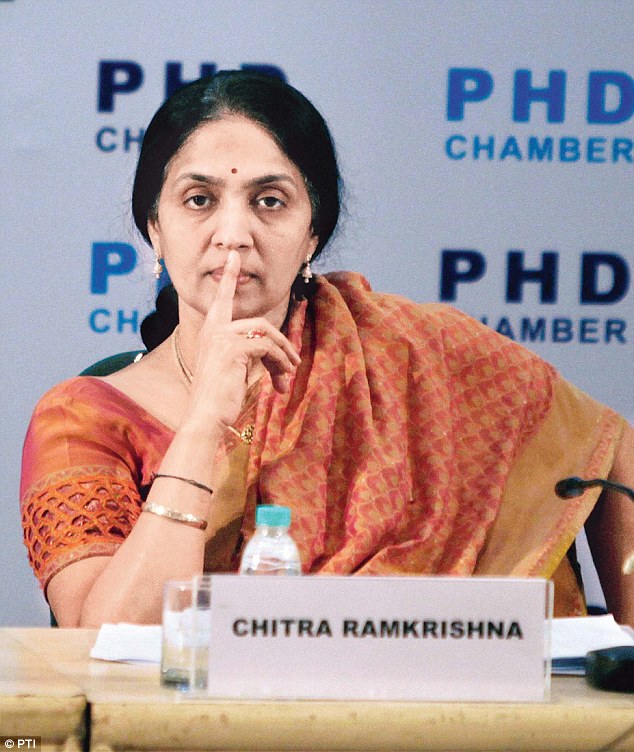 After indictment by the Security Exchange Board of India (SEBI), troubles for former MD and CEO of National Stock Exchange (NSE) Chitra Ramkrishna appears to have compounded, as the CBI today questioned her in view of fresh revelation of facts in connection with its ongoing probe into alleged abuse of co-location facility in the capital market, officials said.

Meanwhile, the probe agency has also issued lookout circulars against Ramkrishna, another former CEO Ravi Narain and former Group Operating Officer Anand Subramanian to prevent them from leaving the country, they added.

The officials said the agency had booked owner and promoter of Delhi-based OPG Securities Pvt Ltd Sanjay Gupta and others in connection with alleged abuse of NSE co-location facility to make gains by getting early access to the stock market.

“It was alleged that the owner and promoter of said private company abused the server architecture of NSE in conspiracy with unknown officials of the NSE. It was also alleged that unknown officials of the NSE, Mumbai, had provided unfair access to the said company using the co-location facility during 2010-2012 that enabled it to login first to the exchange server that helped the entity to get the data before any other broker in the market,” the CBI has alleged in its FIR.

The CBI officials said in the high-frequency algorithmic trading in the NSE, an edge of a few seconds to a stock broker in a trade could give a huge advantage over others.

Following investigation into the case it was revealed that Gupta was the first to log in 90 per cent of cases which prompted murmurs in the stock broker circuit, and resulted in a load balancer being introduced by the NSE, they added.

Gupta once again managed the data centre staff of NSE to get connected to the backup servers which were with zero load and provided far better and faster access of market feed to OPG Securities in comparison to other brokers, the CBI has alleged in its FIR.