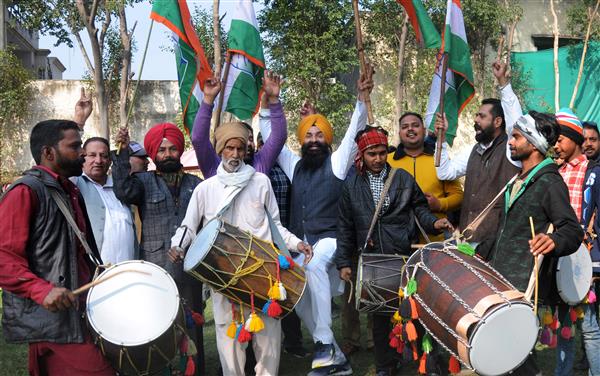 The Congress today registered an overwhelming victory in the Punjab municipal elections by pocketing around 67 per cent seats of seven municipal corporations and 109 municipal councils and nagar panchayats.

The BJP, which went alone in any election for the first time in the state, stood last, losing badly even in its strongholds. The party had fielded 1,000 candidates.

Though the party ruling the state usually posts better results in civic elections, the ongoing farmers' stir created extra interest in the people's verdict this time.

The counting of votes for the Mohali Municipal Corporation would be held tomorrow as re-polling was held in two wards today.

The election results declared today put the Congress way ahead of other parties. With victory in 1,484 of the 2,165 wards of various municipal bodies, the Congress got clear majority in six of the seven corporations, including Bathinda (Akali bastion) and Gurdaspur/Pathankot area (BJP stronghold). It emerged as the single largest party in the Moga MC by winning 20 of the 50 seats. The party is likely to get support from 10 Independent winners.

Though the Shiromani Akali Dal (SAD) stood distant second with 294 seats, the party barely managed to win more seats than Independents (283). The Akalis are taking solace in emerging as the principal Opposition party, ahead of the Aam Aadmi Party (AAP). 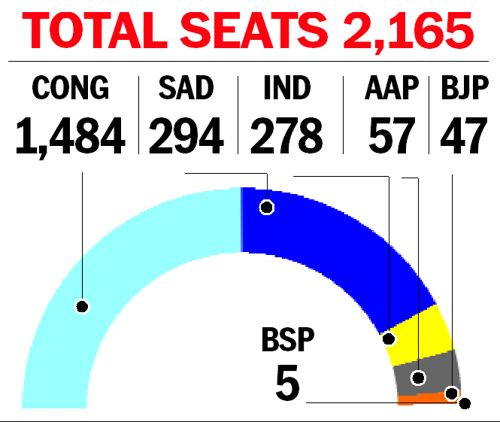 The BJP could win only 47 seats. The party failed to retain its influence in Abohar, Pathankot and Batala and could not open its account in Bathinda and Kapurthala.