Production to be raised to 2 cr doses a month 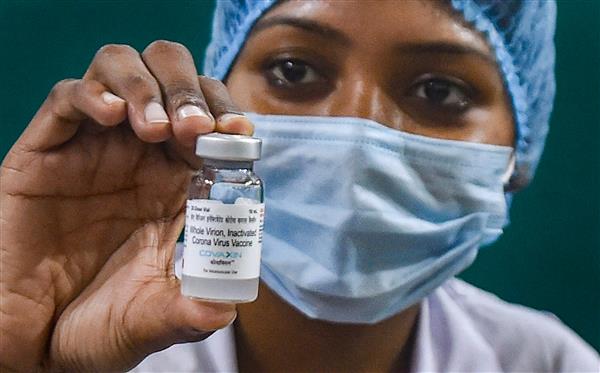 Reeling under a record Covid-19 daily surge that touched 2,17,353 cases today, the government said it would double the production of indigenous Covaxin by May, and increase it nearly seven-fold by August. - PTI file

Reeling under a record Covid-19 daily surge that touched 2,17,353 cases today, the government said it would double the production of indigenous Covaxin by May, and increase it nearly seven-fold by August.

Hoping to escalate vaccinations as tools to beat the severe disease while hospitals fill up, the Centre also said that Rs 65-crore grant would be extended to Bharat Biotech’s new Bengaluru facility. The government in a statement today said, “The current production capacity of the Bharat Biotech-ICMR jab Covaxin will be doubled by May-June and then increased nearly six to seven-fold by July and August. The production will be raised from 1 crore vaccine doses in April this year to 7 crore vaccine doses a month by July-August. It is expected to reach nearly 10 crore doses per month by September 2021.” Three public sectors companies have also been asked to augment vaccine supplies for domestic use.

Haffkine Biopharmaceutical Corporation, Mumbai, a Maharashtra Government enterprise which had earlier sought 12 months to reach production capacity of 20 million doses of Covaxin a month, has now been told by the Centre to compress its timeline to six months.

Indian Immunologicals Ltd, Hyderabad, and Bharat Immunologicals and Biologicals Limited, Bulandshahr, will also be supported to prepare for producing 10 to 15 million doses of Covaxin a month by August. The active Covid-19 cases today crossed 15 lakh to settle at 15,69,743, which is 10.98 per cent of all cases. India saw more than 2 lakh daily cases for the second consecutive day today.

Non-pharmaceutical interventions, such as physical distancing, should be stringently continued until vaccinations can “fully mitigate” the impact of the spread of SARS-CoV-2 and its known variants, says European Centre for Disease Control (ECDC) Director Andrea Ammon. PTI

PIL in SC seeks vax for all above 18 yrs