Not to send top diplomat in Beijing for Olympic ceremonies, Prasar Bharti not to broadcast games live 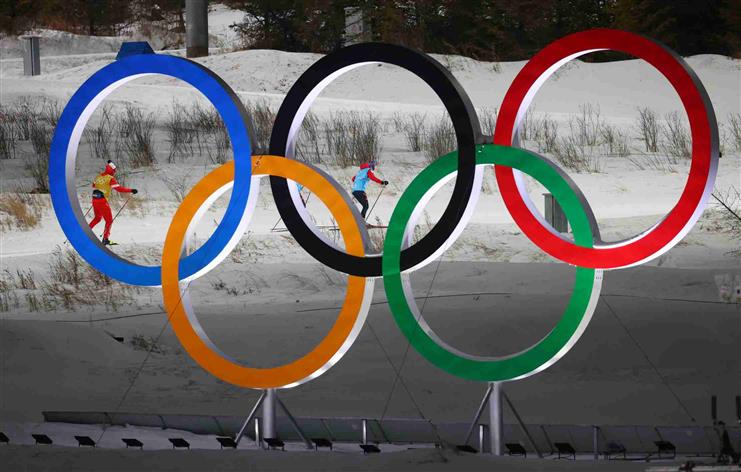 Athletes in action behind the Olympic rings during training. Reuters

India on Thursday announced that it will not send its Chargé D’Affaires (CDA) in Beijing for the opening and closing ceremonies of the Olympics Games and said China’s nomination of Qi Fabao, a participant in the Galwan Valley clashes, as one of the torchbearers for the Olympic flame for the Winter Olympics beginning in Beijing, was “regrettable”.

Close on the heels of Bagchi’s announcement, Prasar Bharti said it would not host the live broadcast of the Games. “Consequent to the announcement by MEA, Doordarshan Sports will not telecast live the Opening and Closing ceremonies of the Winter Olympics being held in Beijing,” said Prasar Bharti CEO Shashi Shekhar Vempati.

In tandem, US Senate Foreign Relations Committee ranking member Jim Risch found it “shameful” that Beijing chose a torchbearer of the military command that attacked India in 2020.

Qi, a commander at the Chinese garrison, was injured in the fight with Indian troops at Galwan Valley in 2020 and had received a commendation for his role in the fight.

His participation would not have come to light had the Chinese government owned Global Times not released his images along with an announcement that Qi “sustained head injuries while fighting bravely in the Galwan Valley border skirmish with India”.

India had admitted to the deaths of 20 soldiers while China claimed that four of its troops were killed.

The announcement of the boycott by the Chargé d’affaires in Beijing marks a turnaround in the Indian position after the deliberate Chinese provocation of nominating Qi.

India had broken away from the US stand, when at the RIC Foreign Ministers meeting in November last year External Affairs Minister S Jaishankar had endorsed a joint statement that expressed support to China to host the Beijing 2022.