Vij’s tweet said: ‘Whosoever has the seed of anti-nationalism in their minds should be completely exterminated’ 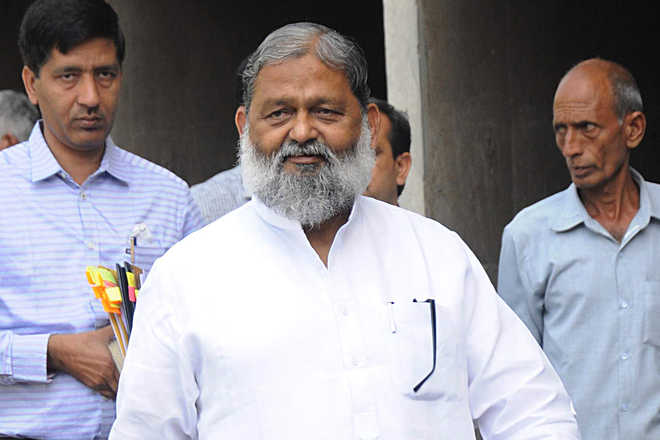 A Karnataka-based group of activists called the Campaign Against Hate Speech on Monday filed a complaint against Haryana Health Minister Anil Vij for his alleged “hateful” tweet against Disha Ravi, a 21-year-old climate activist who was arrested in the ‘Toolkit’ document case related to the farmers’ protest.

“We are filing this complaint against Anil Vij, Haryana Home and Health Minister for openly calling for the killing of Disha Ravi, a 21-year-old climate activist and co-founder of Fridays for Future and other so-called “anti-national”. This tweet was widely covered by media houses across the country,” said the complaint.

Campaign Against Hate Speech said Vij’s tweet, which literally translates to “Whosoever has the seed of anti-nationalism in their minds should be completely exterminated, whether it’s Disha Ravi or someone else”, is an “open call for extermination and encounter of all people who he thinks are “anti-national” and especially Disha Ravi who is an accused in an ongoing investigation.”

The complaint said that by asking for such extermination of people who Vij thinks have “seeds of anti-nationalism in their minds”, the Minister is directly attacking the constitutional provisions of Right to life and dignity under Article 21 and Right to liberty under Article 19 of the Constitution.

“By calling for the extermination of the so-called “anti-nationals”, he is inciting violence against individuals that could lead to bodily harm or even loss of life. He is promoting enmity and inciting actions prejudicial to the peace and harmony of the nation. His open call for the extermination of people is intended to provoke breach of peace and intentionally insult Disha Ravi,” it added.

The complaint added that the Minister is duty-bound to respect and abide by the Constitution which he has “conveniently forgotten” in his criminal intimidation of a 22-year-old activist and others.

“The minister has wilfully ignored the concept of due process of law by calling for the extermination of an “accused” who is yet to undergo a trial. The tweet has been widely shared and continues to be shared even as this complaint is being drafted. In this regard, we seek that FIR under Section 153A, 503, 504, 505, and 506 of the Indian Penal Code, 1860 be registered against Anil Vij for unconstitutional, criminally intimidating, hateful statements calling for open encounters on the social media platform Twitter,” it added. —ANI