Kartik Vasudev dreamt of going to Canada to pursue higher education but fate had other plans, says family 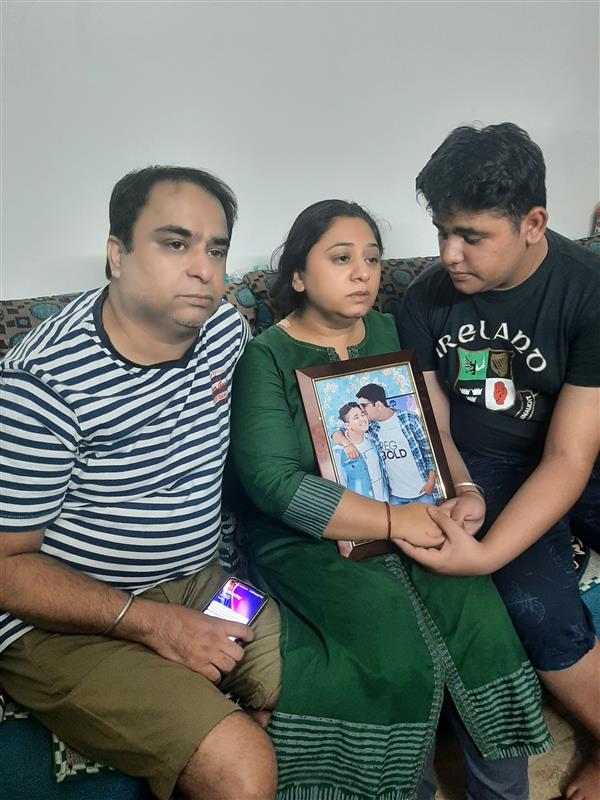 Family members of 21-year-old Indian student Kartik Vasudev, who was shot on Thursday evening at the entrance of Torontos Sherbourne subway station, at his residence in Ghaziabad on April 9, 2022. PTI

It was just three months ago that 21-year-old Kartik Vasudev left for Canada to pursue his dream of getting higher education and work in digital marketing.

But fate had other plans. Kartik was shot dead by an unidentified man at the entrance of a subway station in Canada while he was on his way to work on Thursday, according to police.

He received medical attention from an off-duty paramedic and was taken to a hospital where he succumbed to his injuries, the Toronto Police Service said in a statement.

Kartik's father Jitesh Vasudev and mother Pooja remembered how their child had charted out his journey to Canada – something he had been planning and researching since clearing his class 10.

Kartik had left for Canada on January 4 this year to pursue higher education. “He had a lot of dreams and used to say he would go to Canada to fulfil all dreams,” his mother Pooja told PTI at their home here.

Kartik had enrolled at the Seneca College in Toronto and his offline classes were yet to begin. He had been studying online till now, she said.

“Right after completing Class 10, he shared with us that he wanted to go to Canada. He was a good student. He scored very good marks in classes 10 and 12, and even during graduation from Delhi,” Jitesh Vasudev, who works in a multinational company in Noida, told PTI.

“He had been researching everything related to Canada for the last three years and took IELTs also. He wanted to work in digital marketing in future. He had been working for an Instagram account also. He was good at his work,” he said.

He said owing to Kartik's inclination and passion to follow his dreams, the family, which lives in the Rajendra Nagar area of Ghaziabad, near Delhi, had also supported him in pursuing his dreams abroad.

“He was supposed to go to Canada in December last year. The flight tickets had been booked but the visa was not arranged. The money was wasted. His visa came in a few days later and once again flight tickets were booked and he finally went on January 4,” the father said.

He said the family is not very rich but he assured Kartik of supporting him financially.

“That's why we were wonderstruck when he told us that he wanted to work part-time. But he insisted that a lot of students there do it. He worked at Burritos (a Mexican restaurant),” Jitesh Vasudev said.

It was a one-and-a-half hour journey from his residence. He would take a bus, then a metro and then again a bus to reach his work place, he said.

“He had joined work just around a fortnight ago but according to the work system there, he was paid after two weeks. Just a few days ago he had got his first salary. He wanted to buy an iPhone with it and he did. He was very happy,” the father said.

The family said it was the first time Kartik was living away from his family.

His mother said Kartik never had a problem with anyone nor did he talk of any trouble to him in Canada.

“He was a sweet child, never raised his voice. His manager at work also appreciated him,” she said.