PFI, its affiliates banned for five years over 'terror links' : The Tribune India 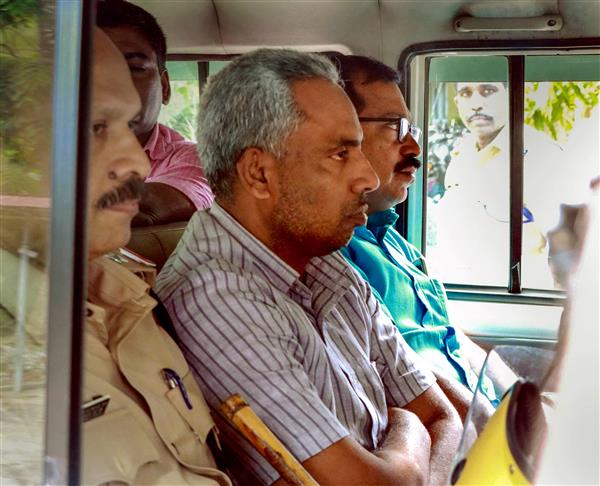 The government has banned the Popular Front of India (PFI) and its frontal organisations for five years under the stringent Unlawful Activities (Prevention) Act, accusing the outfits of having “links” with global terror groups such as ISIS and Jamaat-ul-Mujahideen Bangladesh (JMB).

The PFI and its associates are involved in terrorist activities… want to create a reign of terror… working covertly to increase radicalisation of one community by promoting sense of insecurity… cadres have joined terrorist outfits. MHA

The MHA decision came following the arrest or detention of more than 170 persons for their alleged links with the PFI during raids across seven states on Tuesday. On September 22, a similar pan-India crackdown against the outfit had led to the arrest of over a hundred of its activists and seizure of several dozen properties. In its notification, the MHA said some PFI founding members were leaders of the Students Islamic Movement of India (SIMI) and the PFI had international linkages with the ISIS and JMB, which were proscribed organisations. The PFI and its associates or affiliates or fronts had been working “covertly to increase the radicalisation of one community by promoting a sense of insecurity in the country”, which was substantiated by the fact that some PFI cadres have joined international terrorist organisations, the notification read.

The MHA said the Uttar Pradesh, Karnataka and Gujarat governments had also recommended a ban on the PFI. It claimed the PFI and its associates had been “involved in violent terrorist activities with the intent to create a reign of terror in the country”, thereby endangering the security and public order of the state.

“Criminal violent acts carried out by PFI include chopping off the limbs of a college professor, killings of persons associated with organisations espousing other faiths, obtaining explosives to target prominent people and places and destruction of public property,” it said. The MHA claimed the office-bearers and PFI cadres along with others were found to be raising funds within India and abroad as part of a “well-crafted criminal conspiracy” and then transferring these funds through multiple accounts to project these as legitimate and eventually using these for various criminal, unlawful and terrorist activities in India.

BJP poised for a landslide victory in Gujarat, Congress ahead in Himachal Pradesh