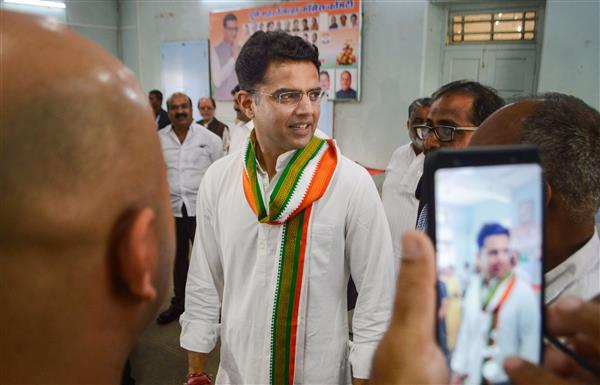 Speaking for the first time since being sacked as party deputy chief minister and state unit chief Sachin Pilot on Wednesday said he is not joining the BJP and has worked very hard to defeat the BJP.

“I have spent a lot of time and effort to defeat the BJP. Some Congress leaders are fuelling speculation that I am joining the BJP. That’s not the case, Pilot said.

The Congress rebel appears to be tilting towards forming his own party.

Also read: Disqualification notices to be sent to Pilot, other MLAs for not attending CLP meet: Congress

There was always a likelihood of Pilot floating his own party, with Congress sources believing this to be the more plausible way forward for Pilot.

Pilot is now waiting for more MLAs to wean away from the Congress and is assessing his strength before making the next moves.

Pilot is, however, not facing the press yet.

Meanwhile, the Congress is moving to disqualify Pilot and others who have rebelled. They have all been charged with anti-party activities.