Unfortunate attempt to prevent norms from coming into effect, says IT Ministry in official statement 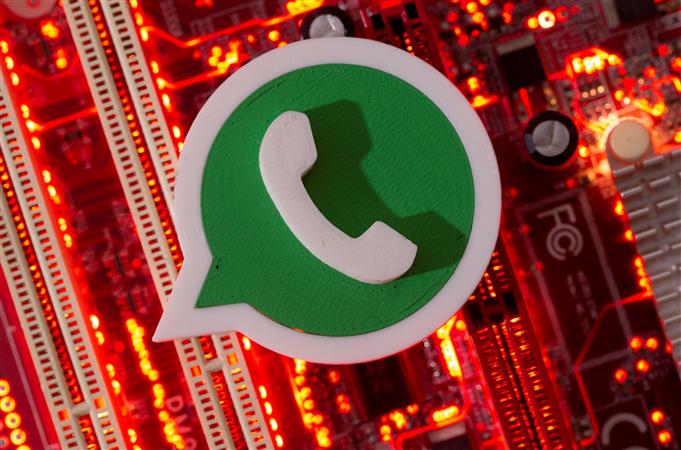 Facebook-owned WhatsApp on Wednesday filed a lawsuit against the Indian government in the Delhi High Court saying that user privacy is in its DNA and requiring messaging apps to "trace" chats undermines people's right to privacy—an allegation that the central government under the Bharatiya Janata Party denied later in the evening.

A WhatsApp spokesperson said that requiring messaging apps to "trace" chats is the equivalent of asking us to keep a fingerprint of every single message sent on WhatsApp.

"It would break end-to-end encryption and fundamentally undermines people's right to privacy. We have consistently joined civil society and experts around the world in opposing requirements that would violate the privacy of our users," the spokesperson stressed.

The company said that in the meantime, "we will also continue to engage with the Government of India on practical solutions aimed at keeping people safe, including responding to valid legal requests for the information available to us".

In his response issued on Wednesday evening, Information Technology Minister Ravi Shankar Prasad said that the new digital rules that require Whatsapp to provide them that origin of flagged messages wouldn’t impact what it said was the “normal functioning of Whatsapp”.

He cited countries like the United States, the United Kingdom, Australia, New Zealand, and Canada to say that their rules require social media firms to allow for legal interception

“WhatsApp’s challenge to intermediary guidelines is an unfortunate attempt to prevent norms from coming into effect,” the statement said.

The requirement of tracing origin of messages under new IT rules is for prevention and investigation of "very serious offences" related to sovereignty and integrity of India and security of the state, a statement from his ministry said.

The tussle between Twitter, WhatsApp and Facebook and the Union government has reached its nadir, with cops raiding Twitter offices in the pandemic earlier this week over the ToolKit controversy.

WhatsApp has gone to the court as the deadline to comply with the new IT (intermediary) rules meant for big social media platforms in India ended on Tuesday.

WhatsApp has also gone ahead with implementing its controversial user privacy policy from May 15, clearing stating that "we will maintain this approach until at least the forthcoming PDP (personal data protection) law comes into effect".

When the concept of "traceability" was first proposed in early 2019, dozens of organisations wrote to the Indian government about how such a provision would violate the privacy of Indian users.

The IT rules published earlier this year, in addition to calling for "traceability" risk criminal penalties for non-compliance.

WhatsApp has consistently opposed legal action that would break end-to-end encryption. The company is currently fighting the same before the Supreme Court of Brazil on a similar matter.

"We also do not believe traceability can be imposed in a way that cannot be spoofed or modified, leading to new ways for people to be framed for things they did not say or do. Such massive data collection also makes messaging platforms inherently less secure by opening up more avenues for hacking," WhatsApp had said earlier.

The MeitY had announced its draft new IT (Intermediary Guidelines) Rules for social media platforms on February 25.

As per the new rules, the social media platforms will have to remove offending content within 36 hours after a government directive or a legal order.

The new rules mandate that the intermediaries, including social media intermediaries, must establish a grievance redressal mechanism for receiving/resolving complaints from the users or victims.

On the user privacy policy, the Facebook-owned platform with over 400 million users in the country has defended its position, saying that it continues to engage with the government to resolve the issue.

WhatsApp said it has sent a reply to the notice by MeitY after the ministry directed the Facebook-owned platform to withdraw its controversial user privacy policy.